Steve Pope/Associated Press Ethanol can be made from a variety of feedstocks, as this display shows. Ground switchgrass, obsolete seed corn, ground corn stover and fescue are a few of the many products that can be converted into fuel. The Obama administration wants to spend more money to increase the supply of ethanol nationwide. 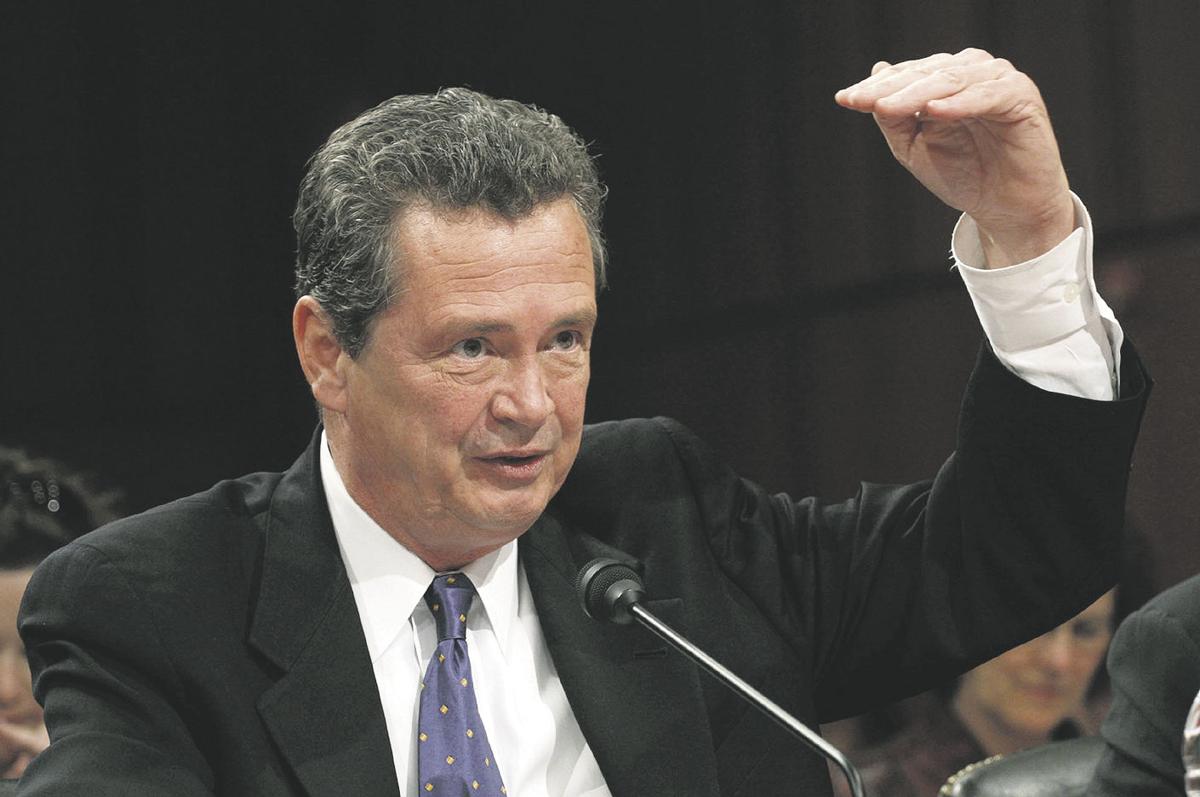 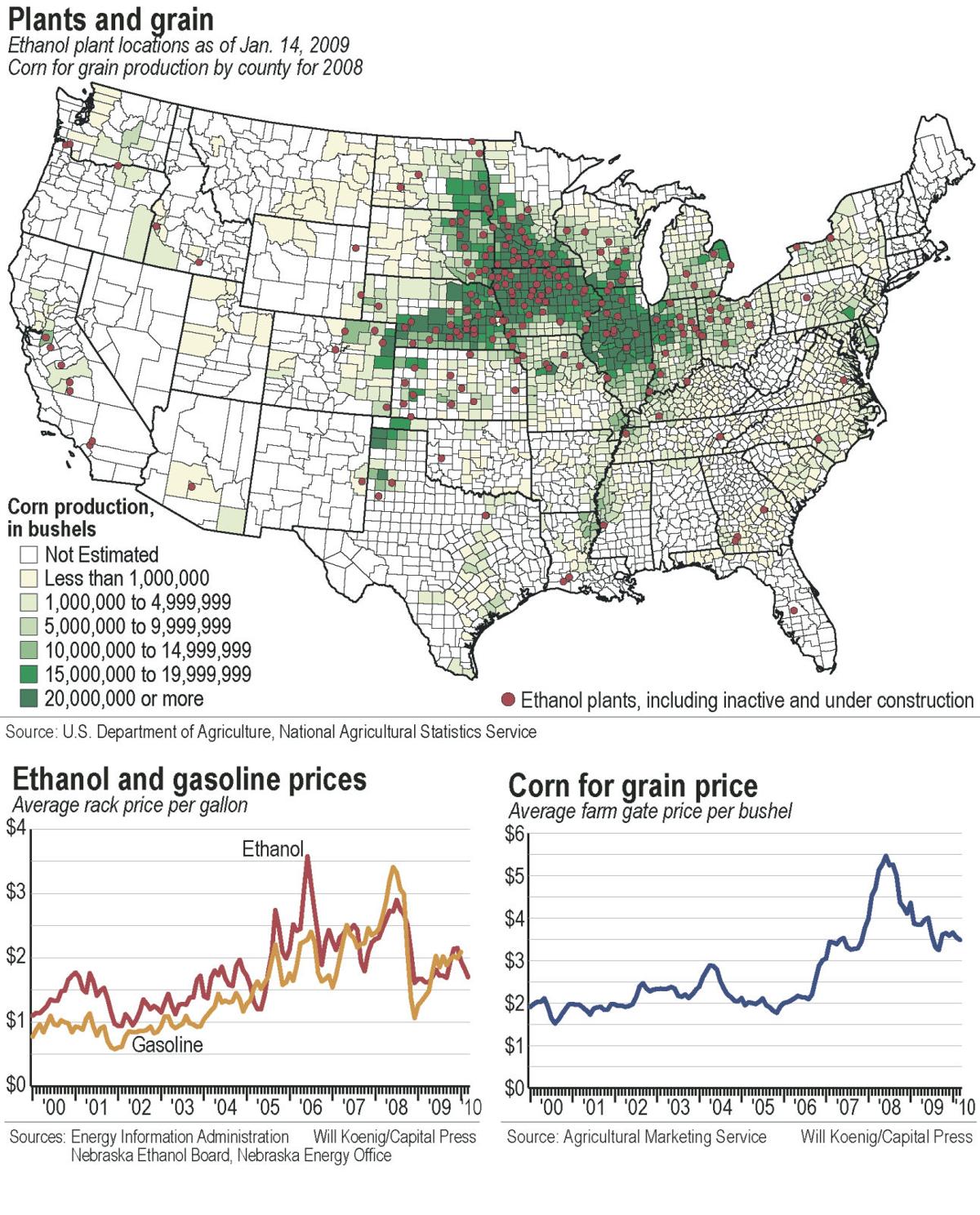 Steve Pope/Associated Press Ethanol can be made from a variety of feedstocks, as this display shows. Ground switchgrass, obsolete seed corn, ground corn stover and fescue are a few of the many products that can be converted into fuel. The Obama administration wants to spend more money to increase the supply of ethanol nationwide.

WASHINGTON, D.C. -- Is corn-based ethanol fuel the wave of the future, creating domestic jobs and vital to the nation's energy supply? Or is it a taxpayer boondoggle responsible for higher food prices?

For some in Washington, the answers to those questions have changed.

For years, ethanol fuel derived from corn was almost politically untouchable, thanks to powerful advocates on Capitol Hill. The ethanol industry has consequently exploded over the last decade, thanks to government subsidies and incentives.

But skepticism about ethanol is rising, prompted by fluctuating food prices and an organized campaign by anti-ethanol advocates to discredit the industry.

"The old saying is that if you aren't at the table, you're on the menu," says Tom Buis, lobbyist and CEO of Growth Energy, an ethanol industry group formed in 2008 as some ethanol companies grew worried that their political clout was waning. The organization's largest member is Poet LLC, one of the country's top two ethanol producers.

At stake are billions of dollars in tax credits for ethanol companies that expire at the end of the year and a pending action at the Environmental Protection Agency that could raise the amount of ethanol in every driver's fuel tank.

Once a slam dunk, Buis says the industry now has to work harder to convince an increasingly skeptical public and Congress that ethanol continues to deserve government money. A series of television ads launched last month are part of the group's efforts.

There's evidence that Congress is weary of giving money to an industry that critics say should be able to stand on its own after getting its start in the early 1980s with powerful congressional advocates like Sens. Bob Dole of Kansas and Tom Daschle of South Dakota.

"It is our view that after 30 years we should declare success," says Scott Faber, a lobbyist for the Grocery Manufacturers Association, which represents food companies that say they have seen their prices rise because of the high use of corn for ethanol.

GMA is part of a growing patchwork of food companies, livestock producers, environmental groups and oil companies who have spent millions of dollars in the last few years framing ethanol's success as "food vs. fuel." They argue that the increase in production of corn and its diversion for ethanol is making animal feed more expensive, raising prices at the grocery store and tearing up the land.

The diversion of corn has been particularly tough on the meat industry, which uses corn for animal feed. But the ethanol industry disputes that the fuel has a substantial effect on food prices, saying corn prices only affect a small portion of each dollar overall spent at the grocery store.

Ethanol's opponents galvanized in 2008 as food prices skyrocketed and lawmakers debated whether ethanol was to blame. On Capitol Hill, money that may have once been used to boost the ethanol industry began to be diverted to what are called "advanced" biofuels, or other non-food plant materials that could be used to make fuel. That industry is still in its infancy, but lawmakers, along with President Obama, often say they are the way of the future.

As ethanol's political stock began to drop, Growth Energy hired some of the top farm lobbyists in town. Buis, a former Daschle aide, left his post as the president of the powerful National Farmers Union to work for the group, and Growth Energy signed on retired Army general and former presidential candidate Wesley Clark as a co-chairman. They have petitioned the EPA to increase the concentration of ethanol in gasoline.

The series of short television ads the group is airing have no dialogue but just simple phrases on a green background and pointed digs at the oil industry. One ad says, "No beaches have been closed due to ethanol spills" while another displays the phrase, "No wars have ever been fought over ethanol." Another makes the point that "Ethanol has contributed $0 to the governments of Iran, Saudi Arabia and Venezuela."

The formation of Growth Energy means the industry has now doubled its efforts in Washington. Together with a rival trade group, the Renewable Fuels Association, the industry spent more than $1.5 million on lobbying last year.

It's still unclear whether the increased efforts will pay off. After Growth Energy filed its petition last year to increase the amount of ethanol in gasoline from 10 to 15 percent, the EPA said in December it needed more tests to determine if car engines could handle it. A decision is expected later this year.

With that decision and congressional debate over the tax credits approaching, Growth Energy is now positioning the ethanol industry as the underdog.

"We have to step up our game," says Buis. "A lot of people don't want to see us succeed."

"We have every intention of staying in this fight," says Craig Cox of the Environmental Working Group, a member of the anti-ethanol coalition. "This is a big issue for us. Our goal is to really get a federal policy that moves us toward biofuels that truly are sustainable."

Researchers to study impacts of wildfire smoke on hemp