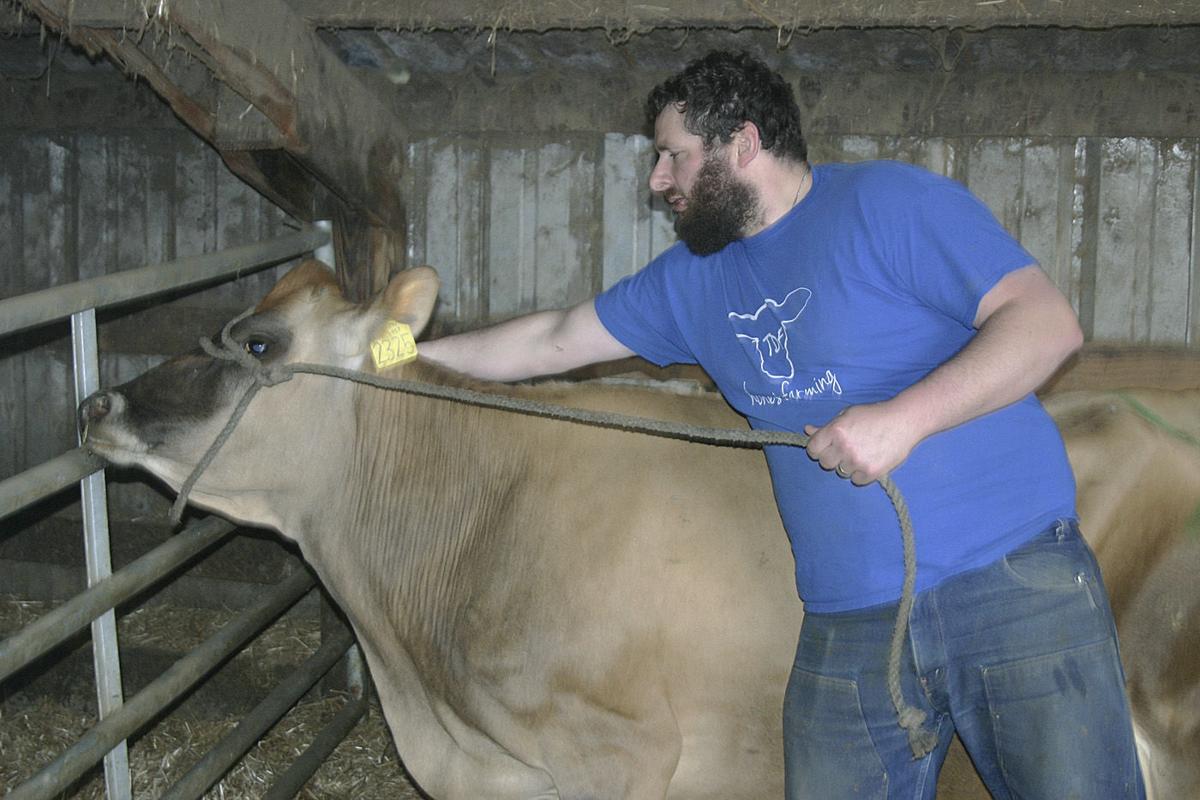 Caring for animals is crucial for dairies to be successful, says Derrick Josi of Wilsonview Dairy. He started a blog in 2016 called “Tillamook Dairy Farmer” or “TDF” for short, to show what daily life is like on the farm. 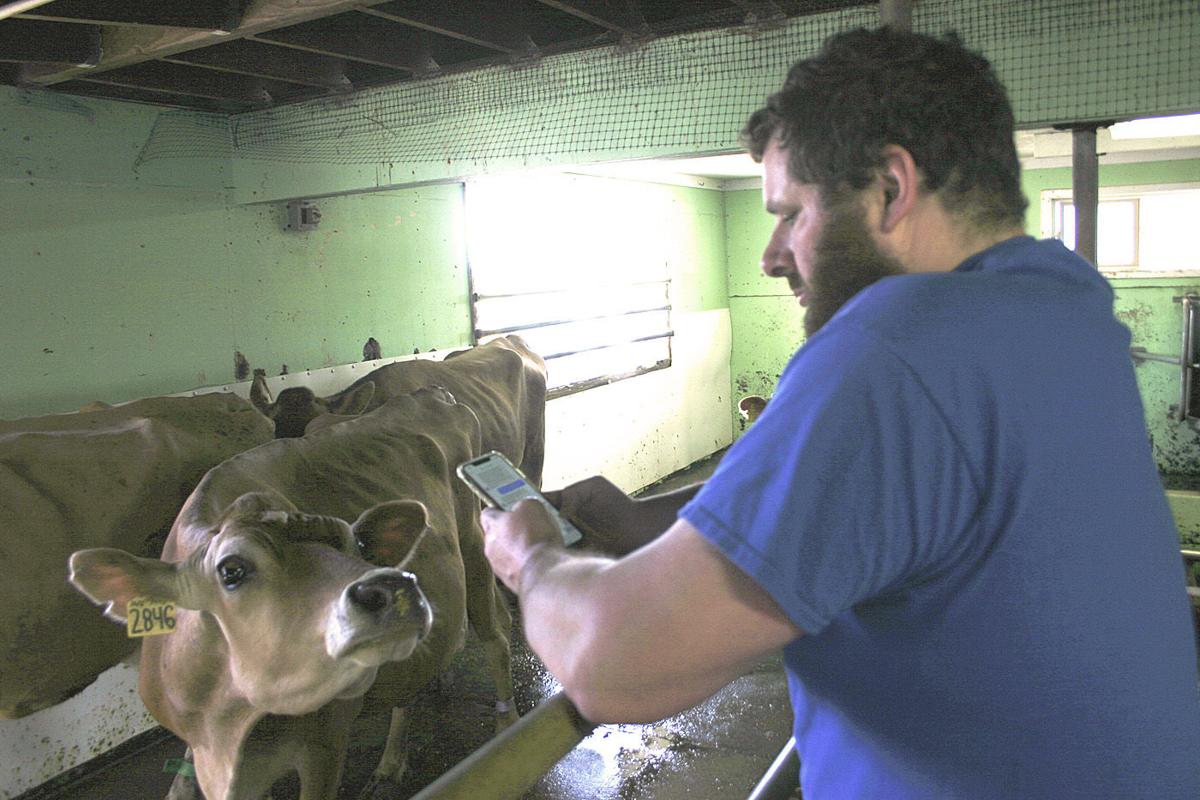 Derrick Josi, a fourth-generation dairy farmer at Wilsonview Dairy in Tillamook, Ore., pauses to check his social media accounts, which have garnered tens of thousands of followers across the country.

Caring for animals is crucial for dairies to be successful, says Derrick Josi of Wilsonview Dairy. He started a blog in 2016 called “Tillamook Dairy Farmer” or “TDF” for short, to show what daily life is like on the farm.

Derrick Josi, a fourth-generation dairy farmer at Wilsonview Dairy in Tillamook, Ore., pauses to check his social media accounts, which have garnered tens of thousands of followers across the country.

TILLAMOOK, Ore. — The life of an internet celebrity isn’t all glitz and glamour. For Derrick Josi, it’s a lot of hard work and manure.

Three years ago, Josi started a blog he named “Tillamook Dairy Farmer” — or “TDF” for short — posting short videos to show what daily life is like on the farm and push back against what he says are misconceptions or outright lies spread online about the dairy industry.

“It’s kind of blown up over the last couple of years,” Josi said. “I thought it would be a local thing.”

Today, Josi gets comments and even occasional visits from people across the country interested in his animals and operation. While the vast majority of feedback he receives is positive, he does also spar with activists who accuse him of animal cruelty.

Josi chuckles and admits he probably spends too much time on the blog. But he said farmers can no longer afford to ignore what is happening on social media, where false information can lead to real-world impacts on production agriculture.

“If you’re not talking about your farming practices, somebody else will be,” he said. “And they can use it against you.”

Wilsonview Dairy started in 1918. Josi runs the farm with his parents, Don and Desi, producing about 3,000 gallons of milk a day. The farm also grows 500 acres of corn and grass silage, and includes open pasture for the cows to graze.

Working on a dairy leaves Josi with little down time during the day. Something always needs to be done, whether it’s cleaning out stalls or providing medical care for a sick animal.

Whenever he does have a few minutes, he reaches for his smartphone to take a quick video explaining different aspects of the business to his web followers.

His posts often reveal a sarcastic sense of humor — such as holding “safety meetings” with the cows, or reading negative reviews on his Facebook page in the style of “Mean Tweets,” a segment on the late night show “Jimmy Kimmel Live!”

Other times he is more direct, discussing why the cows are kept in barns all day during the winter (it rains between 90 and 120 inches on the Oregon Coast) or what goes into the animals’ feed (alfalfa, cottonseed, canola meal, ground corn and silage).

Josi cringes at the notion of being famous, but he admits the feeling of getting tens of thousands of views on his videos is “pretty intoxicating.”

“I want (people) to realize that farmers are just like them,” he said. “We aren’t just out there ruining the environment, or abusing our animals.”

For his outreach, Josi received a certificate of recognition from the agricultural association Jersey Canada in February.

Tillamook County Creamery Association CEO Patrick Criteser also said that social media needs “less Kardashians, and more Derrick Josis” at a co-op meeting in 2017. Josi said his father was initially annoyed by the blog, but has since come around to the idea.

Still, Josi has plenty of critics.

The most heated opposition comes from activists who rail against the dairy industry as a whole, especially over animal welfare. Josi said he and his wife have received a few threats, although the worst offenders on his social media are simply banned.

While Josi struggles to conceal his frustration with what he calls “keyboard warriors,” he said it shows that he must be doing something right.

“If you’re not making a difference, they don’t bother you,” he said.

Josi said more farmers need to take their online activity seriously, telling agriculture’s story to a wider audience and letting consumers see for themselves where their food is coming from, and how it is made.

“If people don’t understand, they won’t go to bat for you,” he said.

Josi hopes to train other farmers to promote dairy transparency through social media. He led a presentation at this year’s Oregon Dairy Industries Conference, encouraging farmers to be honest but also prepare for backlash.

“I tell them to just be yourself, talk about what you’re doing and why you’re doing it on the farm,” Josi said. “It’s really easy to combat the lies people say.”