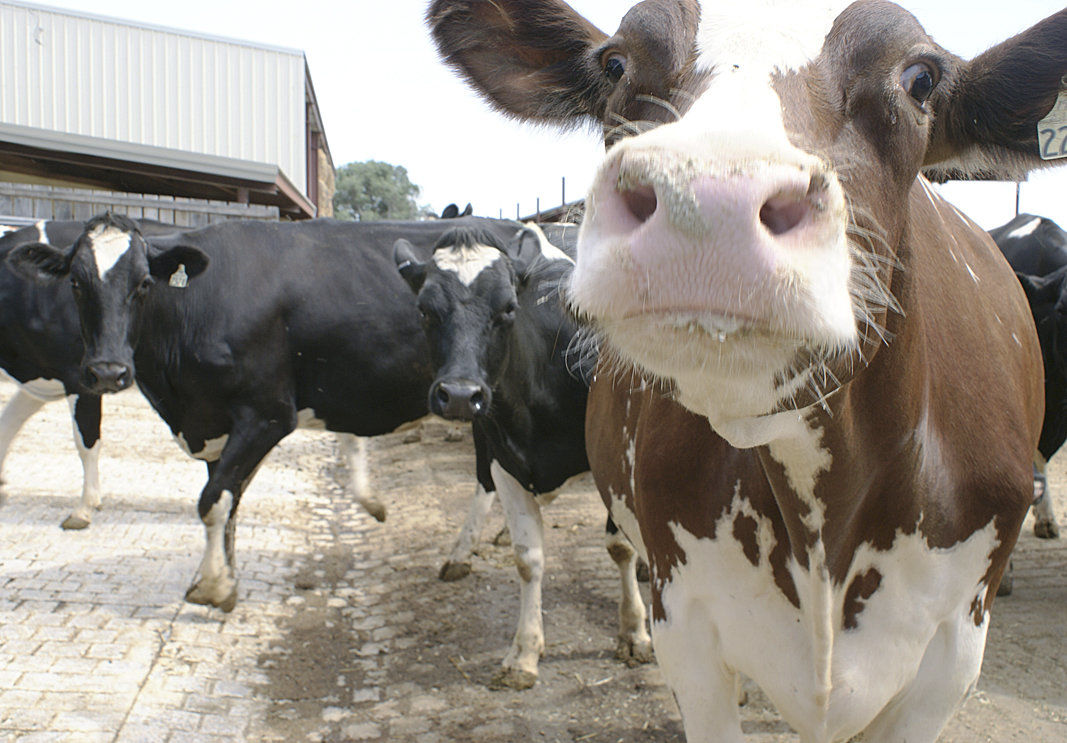 Carol Ryan Dumas/Capital Press A heifer gets up close and personal during a United Dairymen of Idaho tour of the Brubaker Family's Knott Run Dairy in Buhl, Idaho. Analysts at U.S. Dairy Export Council say lower margins in the second quarter of 2016 should begin needed production contraction to rein in global milk supply. 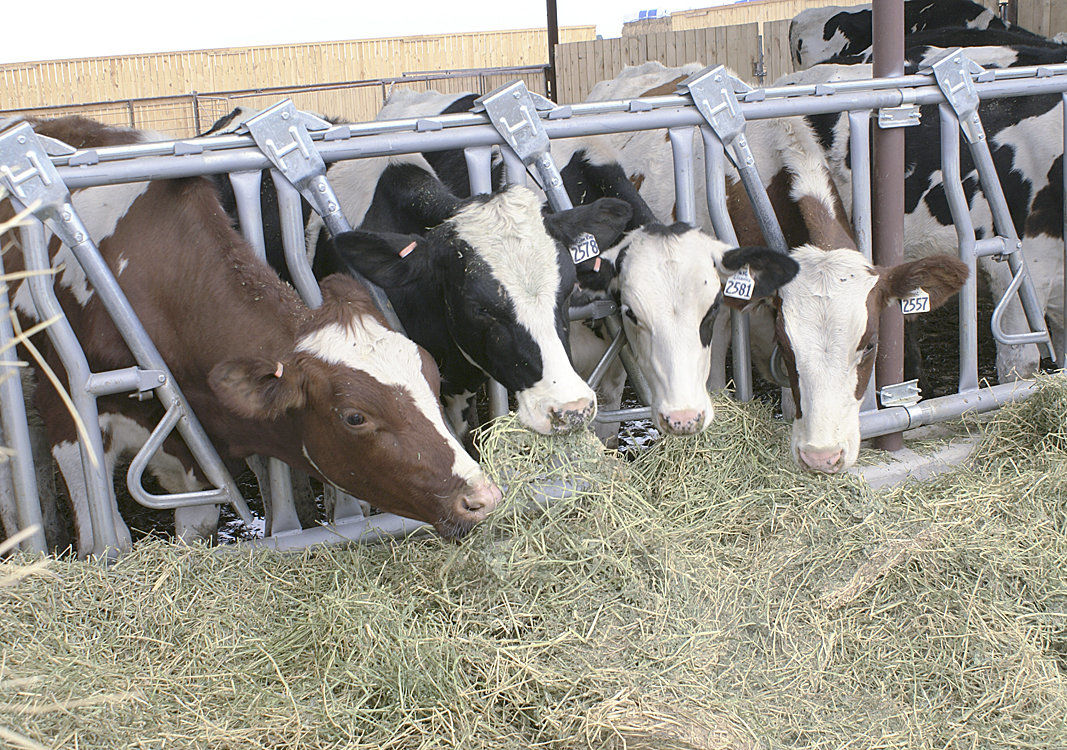 The U.S. Dairy Export Council says exports were up overall in 2020 through November.

Carol Ryan Dumas/Capital Press A heifer gets up close and personal during a United Dairymen of Idaho tour of the Brubaker Family's Knott Run Dairy in Buhl, Idaho. Analysts at U.S. Dairy Export Council say lower margins in the second quarter of 2016 should begin needed production contraction to rein in global milk supply.

The U.S. Dairy Export Council says exports were up overall in 2020 through November.

The U.S. Dairy Export Council predicts global dairy markets will be difficult for producers in 2016.

“That pendulum between supply and demand has way over shot on the side of surplus. It’s going to swing back again the other way — the only question is how long it’s going to take,” Alan Levitt, USDEC vice president of communications and market analysis, said during USDEC’s market outlook webinar on Dec. 1.

China’s growing appetite for dairy had driven a 2 percent per year increase in milk production from the top five producing nations — New Zealand, the U.S., European Union, Australia and Argentina — since 2010. But when that demand bubble burst in mid-2014, milk production growth continued — almost oblivious to the demand drop-off, he said.

In the 12 months prior to the sharp decline, China imported 14 million tons of milk equivalent. Over the next 12 months, that dropped to 9.5 million tons, down by about one-third, he said.

Russia’s ban on dairy imports about the same time exacerbated the problem. China and Russia combined went from importing at a pace of 18 million tons milk equivalent for the year ending July 2014 to about 10 million tons today — a staggering decline, he said.

“You had essentially 8 million tons of milk on the world market looking for a new home … about 11 percent of world imports essentially vanished,” he said.

To make it more problematic, milk production continued to grow even as imports from major suppliers crashed. In the 12 months ending October 2015, milk production from the top 5 suppliers was still up about 3.5 million tons year over year. During the same period, imports by China and Russia were down more than 6 million tons, he said.

Even though there’s been some adjustments in supply and demand, that’s still an extra 10 million pounds of milk, almost 1 million tons a month, that the market has really struggled to fully absorb, he said.

“We don’t really expect that gap … to narrow much in 2016. Milk production growth certainly is starting to flatten out, but suppliers are still pushing the quantity that matches the booming levels of 2014, and that import demand just isn’t there anymore,” he said.

Production just isn’t pulling back quickly enough to account for the drop in demand. Milk production from the top 5 suppliers is still expected be up close to 1 percent in the fourth quarter, about half the five-year average, but it’s still more than the market needs, he said.

Most of the production gains this year have come from Europe, which continues to expand, particularly Ireland and the Netherlands. Production in those two countries was up 10 percent since April, when quotas came off, he said.

Production in the rest of the world has slowed quite a bit, but Europe’s production is raging ahead, he said.

Global milk production is expected slightly lower in the first half of 2016, particularly in the second quarter, when lower margins begin to have an impact on the farm, he said.

But product inventory is going to remain a “problem child” in 2016. There are heavy inventories in Europe and the U.S. and also in users’ hands throughout the world, he said.

While imports in most places other than China and Russia did really well in 2015, it wasn’t enough to fill the huge hole left by those major importers. And much of that stronger demand was buying forward to take advantage of favorable prices, which will diminish demand in the months ahead, he said.

Powder, cheese and butter stocks in the EU are 230,000 tons more than the desired level, and stocks of those products in the U.S. are 100,000 tons higher that a typical year, he said.

“All this product from both Europe and the United States is going to have to come back on the market, and that’s just going to delay the market recovery even after current supply and current demand realign,” he said.