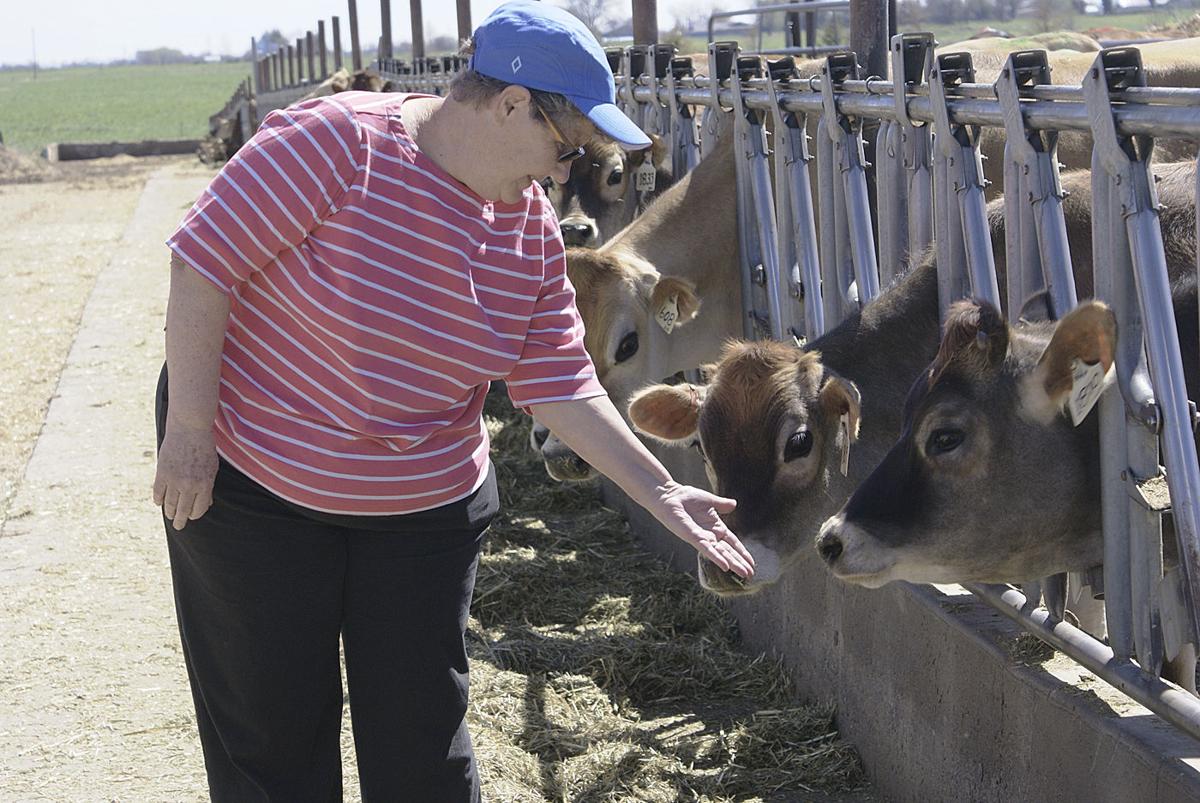 Stacie Ballard interacts with Jersey cows on the family dairy in Gooding, Idaho. 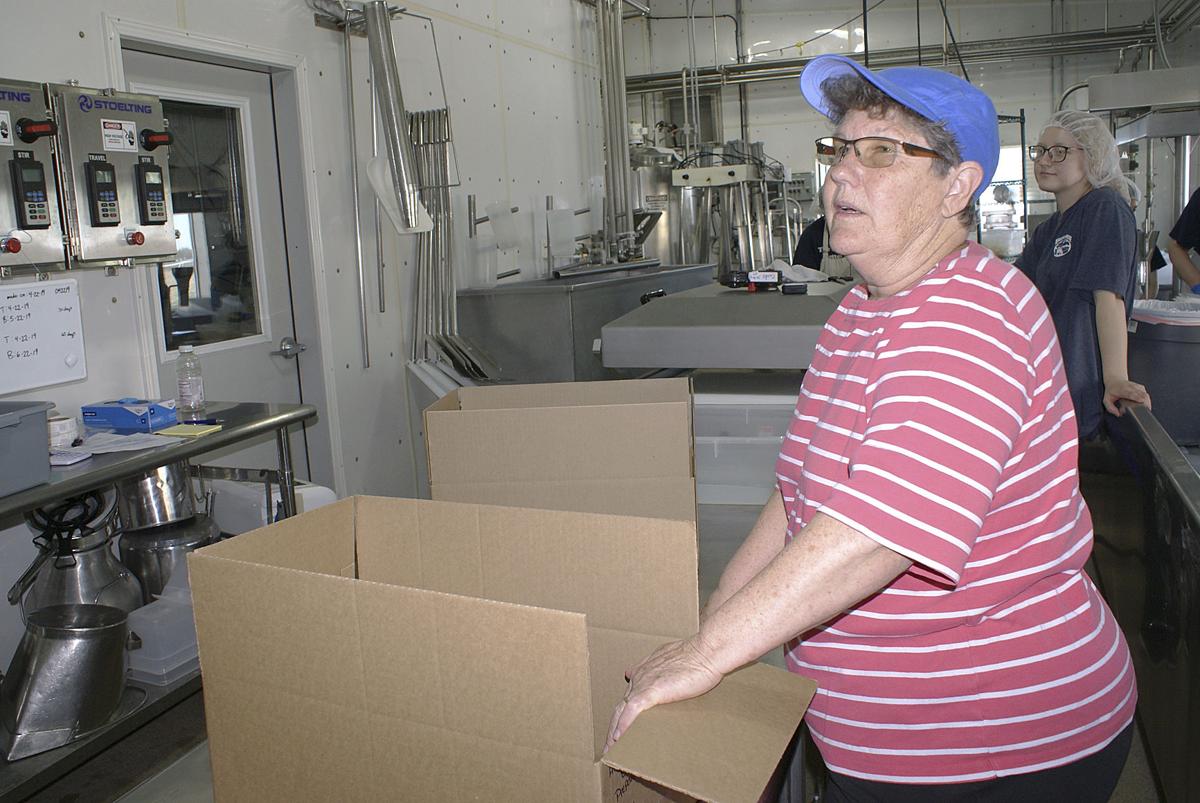 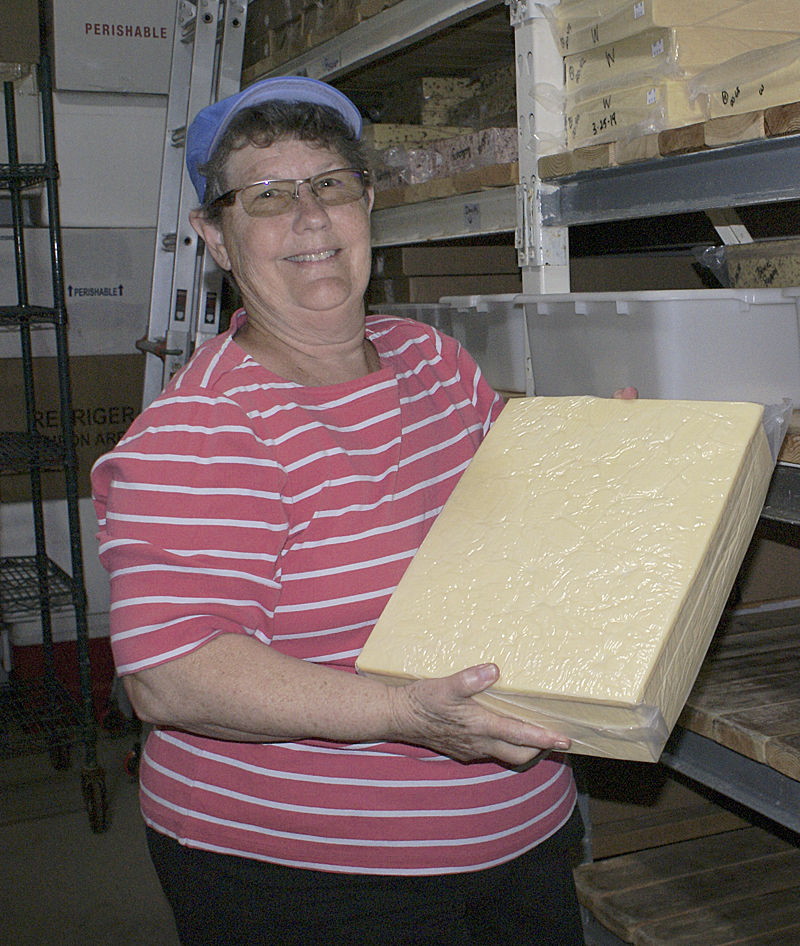 Stacie Ballard holds a block of the dairy’s artisan cheese that is aging in a cooler at the family’s dairy in Gooding, Idaho, on April 23. 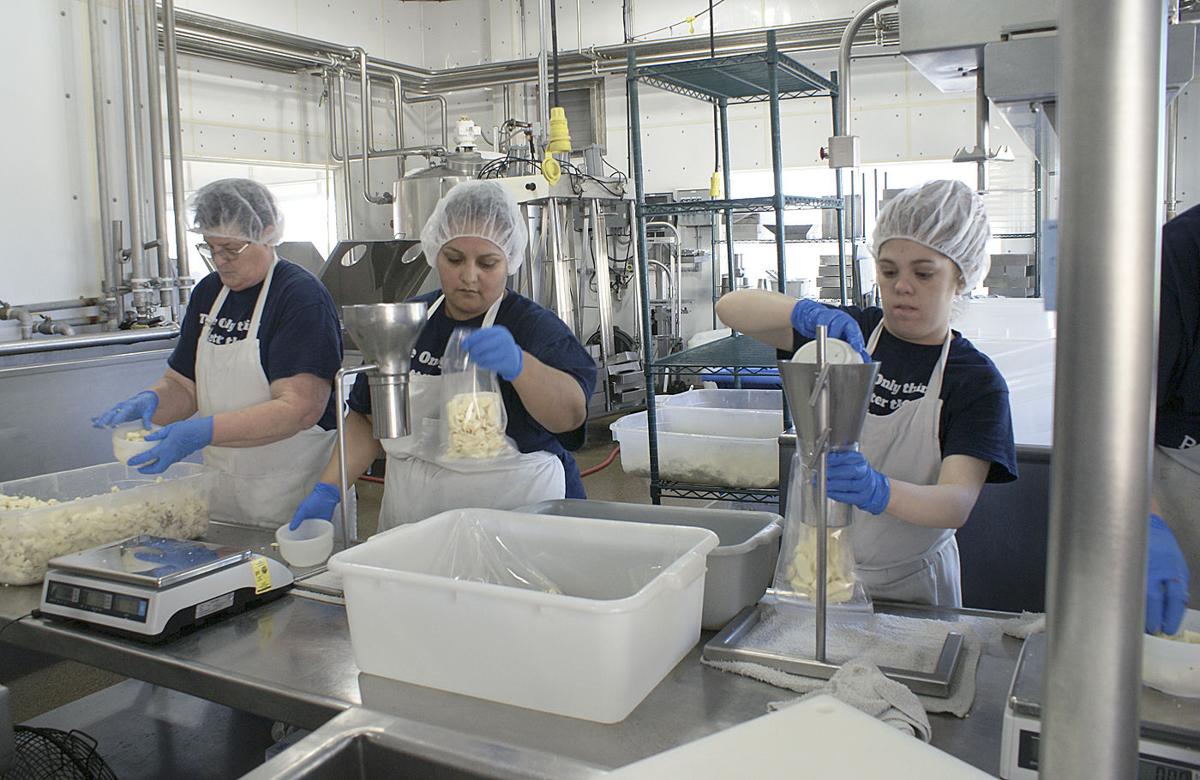 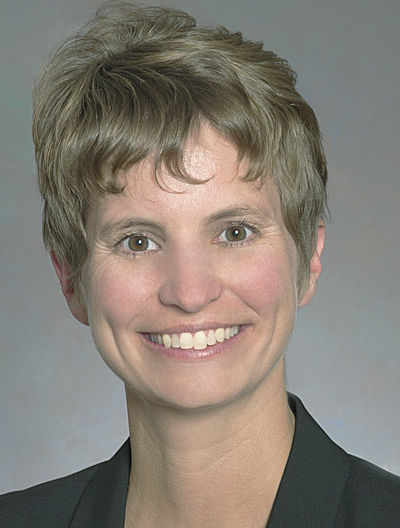 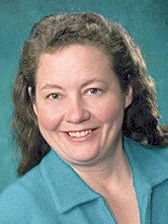 Stacie Ballard interacts with Jersey cows on the family dairy in Gooding, Idaho.

Stacie Ballard holds a block of the dairy’s artisan cheese that is aging in a cooler at the family’s dairy in Gooding, Idaho, on April 23.

GOODING, Idaho — When Stacie Ballard signed on with a local processor in 1995 to sell milk from her fledgling dairy, the company put the contract in her husband’s name — even though he was working full-time off the farm as a diesel mechanic.When she tried to get the paperwork changed, she was told her husband would have to do it. His name also came first on a business loan for the dairy.

“I was the one milking the cows,” she said, still incredulous.

Wanting a fresh herd, she had started with 23 springers she obtained through the American Jersey Cattle Association. Those springers started calving two to three weeks later.

She milked, fed and tended the cows alone for the first eight years, albeit with help from the couple’s three children. Her husband, Steve, didn’t come into the operation full-time until 2001.

It wasn’t all that long ago, either, that anyone coming to the dairy on business and wanting to talk with the boss assumed the person in charge was a man.

Women have always been part of most farming operations as partners, sharing the workload and helping make decisions. Farmers recognize that, but agriculture is still perceived as a man’s world — by the public and the industry, she said.

“People assume men are running the farm,” she said.

But the reality is women have just as much involvement on the farm as men, she said.

Ballard wasn’t the only one struck by the incongruity. USDA was also concerned that women, as well as younger farmers, were underrepresented in the Census of Agriculture — a survey of producers taken every five years by the National Agricultural Statistics Service.

After each census, USDA solicits feedback from stakeholders. Input after the 2012 census led to changes in the census questionnaire to better capture the roles people might play on the operation — particularly the involvement of women and younger people, said Ginger Harris, a NASS statistician and demographer.

“It’s important to know who those people are so (USDA) programs can be targeted across whole communities and reflect the roles of all people,” she said.

The 2017 census added questions about who the decision-makers were in different areas of the operation and allowed respondents to identify additional producers and principal producers (those making decisions) on their operation, she said.

In addition, the changes led to an increase of nearly 70% in USDA’s calculation of the number of female primary producers. Among female producers, 65% identified as a principal producer and nearly 40% were reported as the primary producer on the operation.

Doris Mold, immediate past president of American Agri-Women, served on two expert panels guiding the changes to the census questionnaire.

“We knew there were a lot more women farming,” she said, they just weren’t being counted.

Some of it was cultural, with women who were involved in bookkeeping and marketing not claiming the farmer hat. The panel’s recommendation was to open up the demographic section and add questions to capture shared decision-making and management, Mold said.

“It’s pretty exciting … we are finally getting the acknowledgement that women have played a role,” Mold said.

It also shows women producers are becoming more confident, considering themselves a farmer and not just a “farm wife,” she said.

“I think women have always played an important role. … That role has not always been recognized,” she said.

The recognition in the latest census is “tremendous,” Mold said.

For a long time, the census didn’t count gender at all, she said.

The census began in 1840 and was conducted by the U.S. Census Bureau until it was shifted to USDA in 1997. It didn’t include a question about the gender of farm operators until 1978.

The important take-away from the latest census is it’s important to count everybody. It gives more information on who’s involved, what they contribute and what their needs might be. Hopefully, that influences agricultural organizations, their boards of directors and how other aspects are designed, she said.

“In general, there are gender differences as far as the skills women bring to the table in all careers” and they need to be taken into account, she said.

In a wider sense, more women are becoming involved in agriculture, and their role is changing. More are studying agricultural curriculums and going into careers in science and technology, Mold said.

The higher number of female producers in the latest census is likely a combination of better questions and more women being involved in farming, said Mandy Minick, Washington state president of Northwest Farm Credit Services.

“Farm families have been a two-person operation for a long time,” she said.

In that regard, the census is just capturing the real traditional picture. But now with the younger generation coming back to the farm, there are as many daughters as sons taking over the operation, she said.

The farming business has gotten more complex, and more unique managers are needed. It’s great that the census changed to better measure what’s really going on in operations, she said.

Many women are good at relationships and working with people, and they are involved in all aspects of the business — human resources, employee relationships, financials, marketing and distributing, she said.

Many are also meticulous and detail-oriented and bring good skills to bookkeeping and financial management, she said.

They are also running whole operations, especially local food operations and urban farms. They are studying more traditionally male types of disciplines such as animal husbandry and range management, she said.

Regardless of the size of operation, what’s produced or the location, there’s a real surge in women being part of production, lending and supply and inputs, she said.

It’s all about teamwork at the Ballard Family Dairy & Cheese, which has grown its herd to 106 cows. Steve is now in charge of the animals, son Travis calls the shots in cheesemaking and Stacie is CFO — handling everything else.

“I tend to be the paperwork pusher,” she said.

Everyone has individual responsibilities, but everything is discussed and the three come to a mutual decision — although there’s been a time or two when she’s insisted on a certain conclusion.

“I think women always have brought different priorities and perspectives to decision-making. I think we’re always trying to do a balance, trying to look at all sides,” she said.

Women have always been involved on the farm, and it’s good that the census is getting a better picture of what’s been going on for years, she said.

But “I still think society is way behind on what women do. The industry and society still give the man the pat on the back,” she said.

Steve is involved in state and national dairy organizations and travels a lot for the dairy industry. He’s normally only at the dairy on weekends, she said.

“But people assume it’s his dairy,” she said.