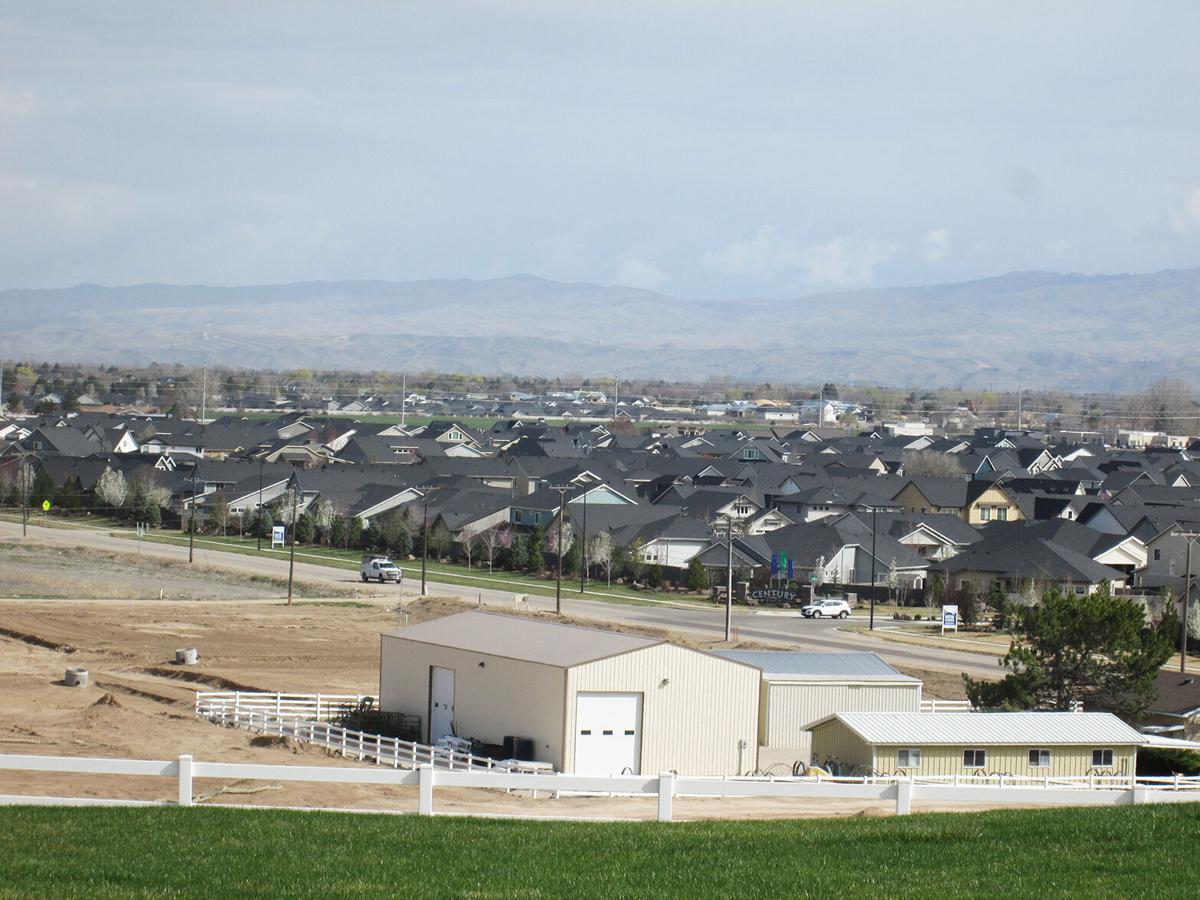 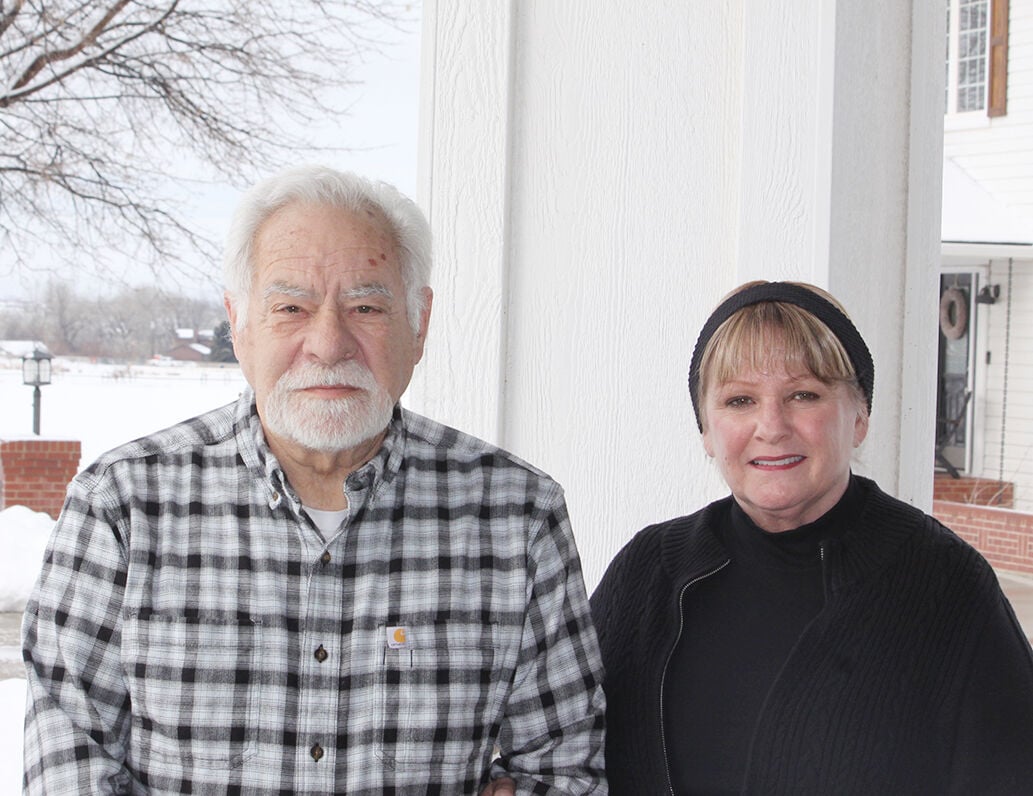 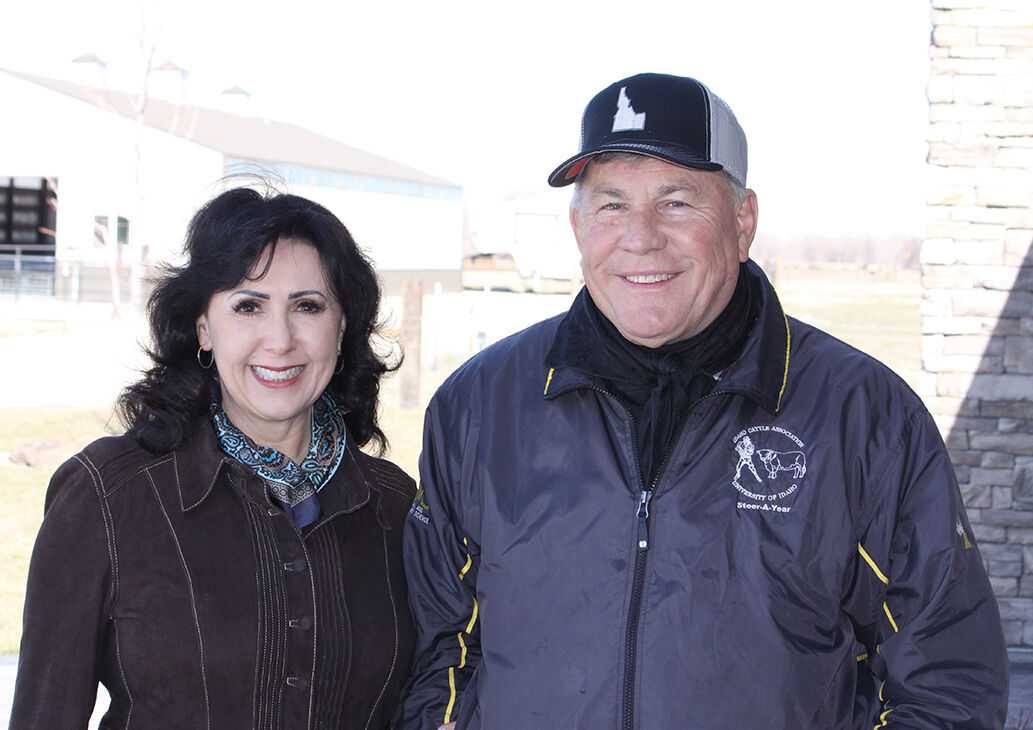 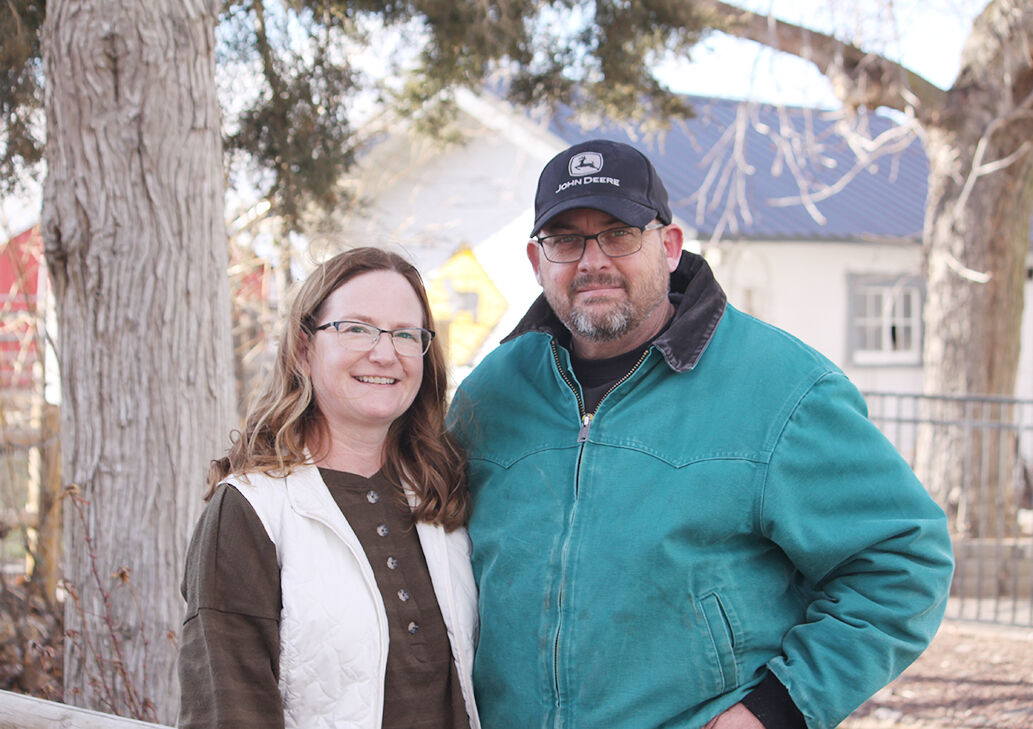 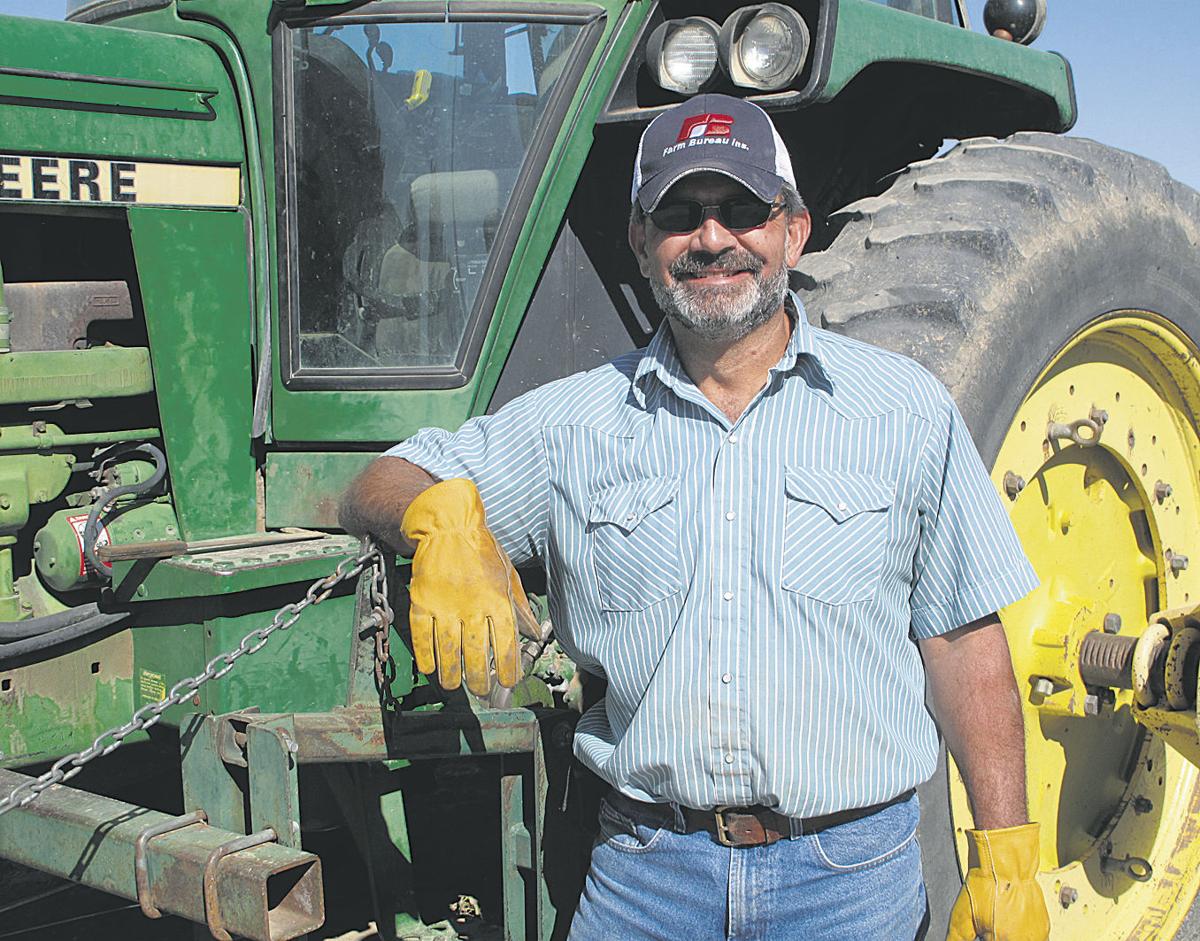 Sid Freeman on his farm near Caldwell, Idaho. 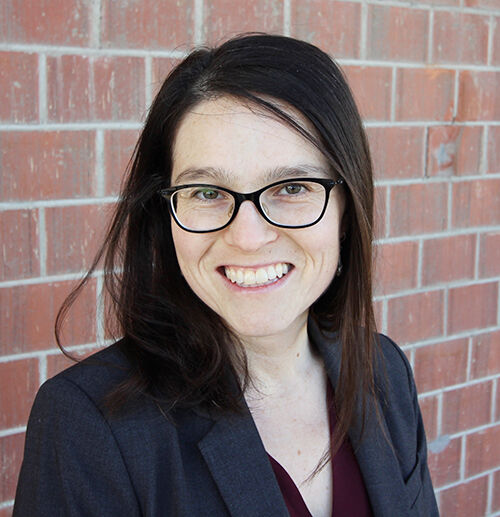 Sid Freeman on his farm near Caldwell, Idaho.

Soon after moving to a small acreage near Caldwell, Idaho, last September, Colleen Agresta noticed a parade of trucks on the highway that bisects the area.

Each truck was piled high with sugar beets.

“There were lots and lots of them,” she said. “And there was a lot of dust and dirt.”

She knew she wasn’t in California anymore.

Colleen and her husband, Greg, had been looking for a home in the country and had scouted several parts of southwest Idaho before buying outside Caldwell.

After they arrived they absorbed the farm and ranch activities around them. Greg captured a video of cattle in a neighboring pasture and both of them got to experience the sights and sounds of harvest time.

“I couldn’t be happier with our home,” he said.

The Agrestas are among a growing number of Americans who are moving to the country. Whether they are retiring or escaping high taxes in states such as California, the COVID-19 pandemic or just looking for a change of scenery, hundreds of thousands of Americans are choosing a rural lifestyle on a handful of acres in farm country.

Nationwide, the American Farmland Trust estimates that nearly 7 million acres of farmland were converted to low-density residential use during the five-year period that ended in 2016.

Across the Pacific Northwest and in California, the hunger for country living drove the conversion of 267,728 acres of farmland to low-density residential lots between 2001 and 2016, according to the trust.

In southwest Idaho, the appeal of living in farm country helps drive the population growth. The Community Planning Association of Southwest Idaho in 2020 pegged the population of Ada County, which includes Boise and Meridian, at 502,970, up 28% from 2010.

Next door, in mainly agricultural Canyon County, which includes Nampa and Caldwell, the population is 234,820, up 24% during the same 10 years.

But living in farm country can take some getting used to, both on the part of new arrivals and farmers.

Sid Freeman, who farms near Caldwell, said some new rural residents view agriculture as an inconvenience as they encounter farm equipment on the roads, for example. He chalks it up to a lack of appreciation for the farm sector’s value.

“We are producing the safest, cheapest and most reliable food source in the world,” he said.

“I always try to be a good neighbor,” said another farmer, Dave Reynolds, who owns farming and dairy operations near Kuna.

He and his crew frequently interact with the people who live nearby.

“Some want to know every time we spray,” Reynolds said. “Or they want to know when we are going to spread manure or spray at night” to keep pollinators such as bees out of harm’s way.

The notifications take time, he said. Farming is a low-margin business, “and we don’t get paid for that. But it’s good for education.”

“I don’t know of a farmer who wants to be a bad neighbor,” Reynolds said.

Neil Durrant of Big D Ranch, a farming and crop-marketing business between Meridian and Kuna, said he expects the region’s population growth to continue.

“We try to adapt our operation,” he said. “A lot of land we own butts up against development ground.”

Durrant said Big D has acquired equipment that folds or is easier to maneuver on roads where traffic is increasing. On rented fields made smaller by development, he’s exploring opportunities to grow higher-value crops.

Kuna-area residents Jack and Lori Blattner live on 4 acres that are part of a larger property that has been in the family 103 years. Most of the land is leased to farmers.

Jack teaches agriculture in a neighboring school district, and Lori is an executive at a Boise company.

They’ve lived there since well before the road in front of their house became a high-traffic route connecting fast-growing towns.

People buy 1 to 5 acres because they don’t want to have neighbors, “and when they get there, they don’t realize the amount of work it takes to care for that ground,” Jack Blattner said.

The Blattners have sheep and frequently work on projects and repairs on their acreage.

“Being able to fix things is pretty valuable, I suppose, but I wish I knew more about lots of stuff,” Jack Blattner said. “That’s when you go ask for help.”

Lori Blattner remembers when a new neighbor bought 11 acres, put about 25 horses on it “and had no idea how much food horses eat.” The neighbor eventually sold and left.

“If people aren’t prepared to move out to farm country and don’t know what they are getting into, it can really be a disaster,” she said.

The Blattners said they have good neighbors, like those who helped when an outbuilding caught on fire.

Fellow sheep producers Steve and Laura Wilder in the past year moved from a Meridian acreage soon to be surrounded by development to a Caldwell-area farm that has been in Laura’s family for generations. Steve is a retired ag educator. Laura is the Idaho Barley Commission’s administrator.

Laura Wilder said that while many producers appreciate the sentiment of people desiring to move to the country, the newcomers often don’t fully understand or appreciate the activity and noise from farm equipment, livestock, hay-baling or harvesting.

“It’s generally very peaceful and quiet on the farm,” she said. “However, when we are weaning lambs or the neighbors are weaning calves, there is a lot of ruckus and some sleepless nights. This is an annual occurrence and part of the territory. … You catch up on sleep when you can.”

Trespassing can also be an issue.

The Wilders said a canal bank they own has been used as a public greenbelt. Some people have even used their private road to access it.

“We have people, because they Google it, see a road and just drive down the road,” Steve Wilder said.

The Idaho Legislature in 2018 updated the trespass statutes, and this year is considering limiting landowner liability when people enter private land for recreation.

Another bill would update statutes on rights of way and easements for irrigation ditches, canals and conduits. The state also has a longstanding “right-to-farm” law that allows normal farm activities to continue unimpeded.

Easements can also be a point of contention.

“One of the things we are seeing in recent years is an increase in disputes involving ditch easements,” said Paul Arrington, executive director and general counsel with the Idaho Water Users Association.

Roger and Gayle Batt live on part of Gayle’s family farm between Wilder and Homedale. Gayle is a former state legislator. Roger administers a handful of agricultural organizations.

Growth brings issues that range from trash and debris in canals to greater cross-pollination risk for seed-crop fields, Roger Batt said. Weeds can proliferate on some fields that have been taken out of ag production but are not yet developed.

“Over the last 10 years even out here where we live, we hardly know our neighbors anymore,” he said. “A lot of us are questioning what agriculture is going to look like in 10 or 20 years” in the Treasure Valley.

Gayle Batt said the growth has changed “the culture of how we deal with each other.”

Colleen Agresta grew up around agriculture and once raised llamas. Greg Agresta earlier lived on an acreage on a hill north of Redding, Calif. They lived near a golf course before moving to Idaho from the Redding area.

“At this time of our lives, it’s less stressful,” Colleen Agresta said. “It’s beautiful. ... I love it here.”

But the demand for small acreages continues.

The Agrestas recently received a notice that a development of homes on large lots is planned on 40 acres of a nearby pasture.

Greg said that while they were disappointed, they still will see plenty of farm-related activities … “as soon as we drive out of our neighborhood.”

• 4.1 million: The number of acres of U.S. farmland converted to urban and highly developed land uses.

• Nearly 7 million: The number of acres converted to low-density residential use.

• 465,900: The number of acres of California farmland converted to urban or highly developed uses or low-density residential use.

• 65,800: the number of acres of Oregon farmland that was developed.

• 97,800: The number of acres of Washington farmland that was developed.

• 68,800: The number of acres of Idaho farmland that was developed.