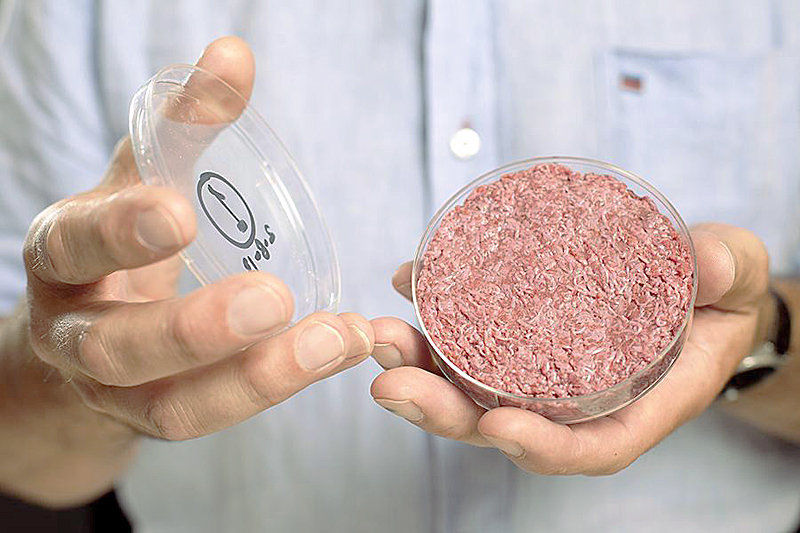 A petri dish contains an artificial burger made from cultured beef. An animal scientist is skeptical that artificial meat producers will overcome technological hurdles soon enough to quickly gain a large market share. 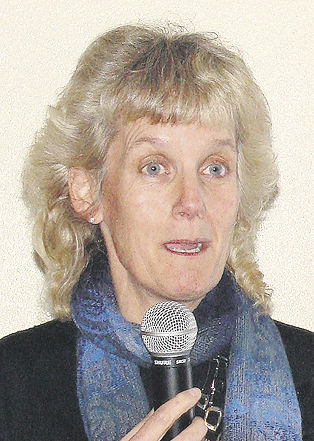 SALEM — Lab-raised meat is unlikely to make rapid strides in the consumer market due to steep economic and technological hurdles, according to a prominent animal geneticist.

The claim by some proponents that such “cultured” meat will meet roughly 35% of the demand for meat and meat-like products within 20 years is “preposterous,” said Alison Van Eenennaam, animal biotechnology extension specialist at the University of California-Davis.

Though food companies would likely embrace artificial meat if it was cheaper to produce, manufacturing such products inexpensively remains a thorny problem and no company has yet solved it on a commercial scale, she said.

Van Eenennaam said she’s skeptical the energy needed to operate bioreactor equipment and keep it at the right temperature would soon be cost-competitive, since animals perform such functions naturally.

“We already have a self-propelling, self-cleaning, solar-driven bioreactor known as a cow,” she said.

The artificial meat would have to be grown without fetal bovine serum, an animal product currently used for this purpose, in order to the product to be considered vegan, Van Eenennaam said.

Vitamins and nutrients that are naturally delivered to livestock flesh through blood would also have to be supplemented, she said. “All those nutrients are going to have to be food-grade nutrients, and you don’t have a digestive system anymore.”

It’s likely that artificial meat producers will rely on antibiotics, since the conditions in bioreactors will be ideal for the growth of undesirable microorganisms as well, she said.

For example, one experiment that involved growing a coat from artificial skin was hindered by an outbreak of mold, Van Eenennaam said.

“It emphasizes how difficult it will be keep everything pristine,” she said.

Given the electricity needed to make artificial meat and the current lack of large-scale production, projections of the product’s “carbon footprint” vary widely, Van Eenennaam said. While proponents expect the amount of associated emissions will be lower, others have estimated much higher carbon output.

Such comparisons also don’t take into account all the products generated by livestock aside from meat, such as milk, hides and manure, she said. “There’s a lot of hype and buzz around it.”

Other environmental assumptions about livestock production point to a misunderstanding of agriculture, such as the claim that less land can be devoted to raising meat animals, Van Eenennaam said.

In reality, livestock is often raised in pastures that aren’t suitable for growing crops, she said. “There is no human food that is going to be grown on that land.”

Commentary: 5 reasons to read this book to your children