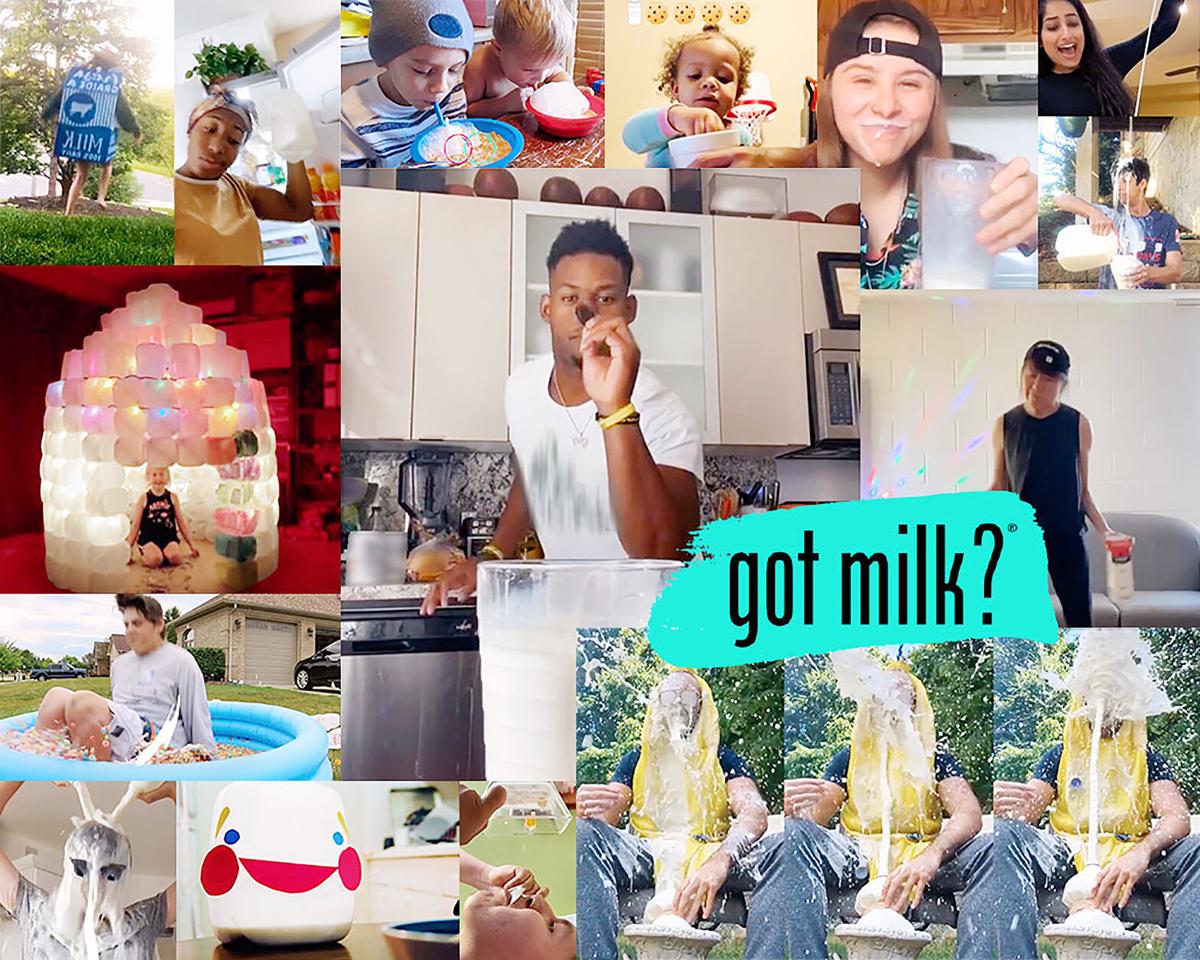 The new “Got Milk?” campaign reflects the age of social media and features people doing funny and creative things with milk, such as challenging one another to balance a cup of milk on their heads or jumping into a kiddie pool filled with milk and cereal.

In the midst of COVID-19, the dairy industry is asking consumers a familiar question: “Got Milk?”

Six years after a dairy-funded group retired the tagline, advertisers have brought it back, hoping to prolong booming retail milk sales.

It’s no secret the dairy industry has recently had its share of challenges: bankruptcies of major dairy companies, consumers turning to alternatives, dairies consolidating, farmers struggling.

Polls show adults, no longer commuting, report having more time for a bowl of cereal, along with more time for baking and cooking. And kids are drinking more milk at home.

An advertising consultant told the Capital Press that MilkPEP, the organization that ran the original “Got Milk?” campaigns, felt it was time for a re-run given the sudden sales boost.

MilkPEP, the Milk Processor Education Program, is funded by the nation’s milk companies and is dedicated to increasing fluid milk consumption.

In March alone — when buyers were stockpiling — milk sales saw their biggest year-over-year jump of 21%, according to Nielsen.

An advertising consultant who works with MilkPEP said he doesn’t know exactly why the agency stopped the tagline in 2014. It was, after all, enormously popular.

In 1993, according to the California Milk Processor Board, a television ad depicted a history buff who couldn’t enunciate the answer to a trivia question because he had just eaten a peanut butter sandwich and had no milk to wash it down. It was the first “Got Milk?” advertisement.

The next year, Mattel made a special-edition “Got Milk?” Barbie, and in 1998, a Hot Wheels toy car.

The parodies have been numerous — Got Beer? Got Jesus?

But in 2014, advertisers told news sources, including Time magazine, they were retiring the campaign because it didn’t seem to be helping slow the decline in fluid milk sales.

But with 2020’s comeback, advertisers say, it felt like the right time for the old tagline.

This time, new imagery reflect the age of social media. Ads feature people doing creative or funny things with milk. In one TikTok video, U.S. Olympian Katie Ledecky swims the length of an Olympic swimming pool while balancing a glass of milk on her head.

“I’ve been so inspired by how people have creatively embraced milk this year,” Yin Woon Rani, CEO of MilkPEP, said in a statement.

The campaign is even partnering with Hershey’s so shoppers who buy a gallon of milk and a bottle of Hershey’s syrup will save $1.

COVID-19 has upended normal life for many people, but advertisers say they hope the campaign — and milk itself — give consumers a sense of normalcy.