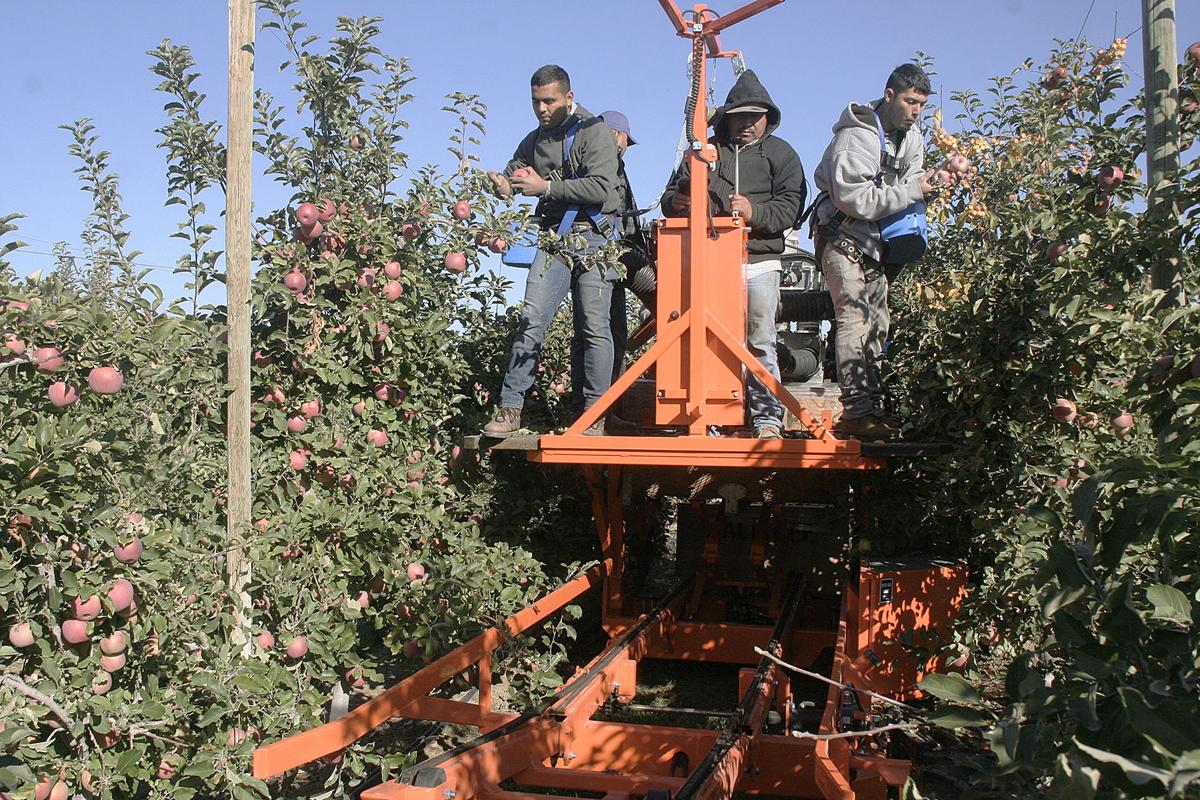 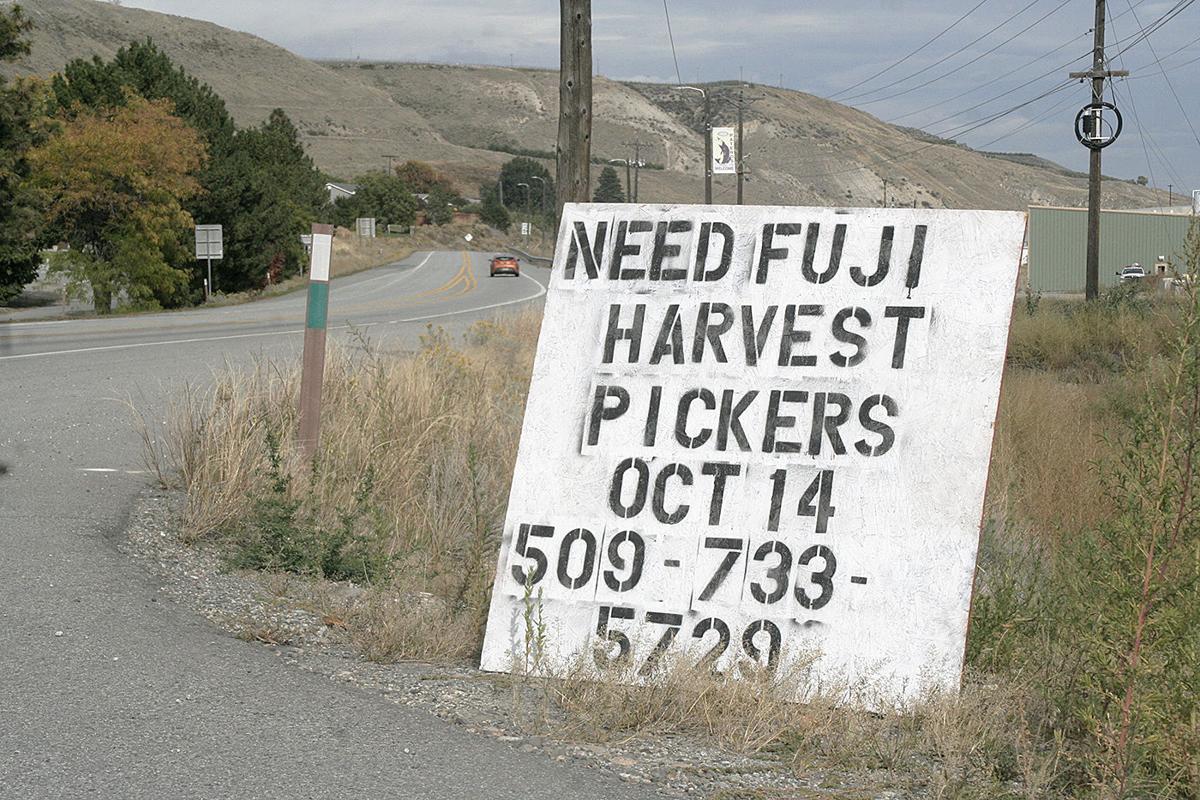 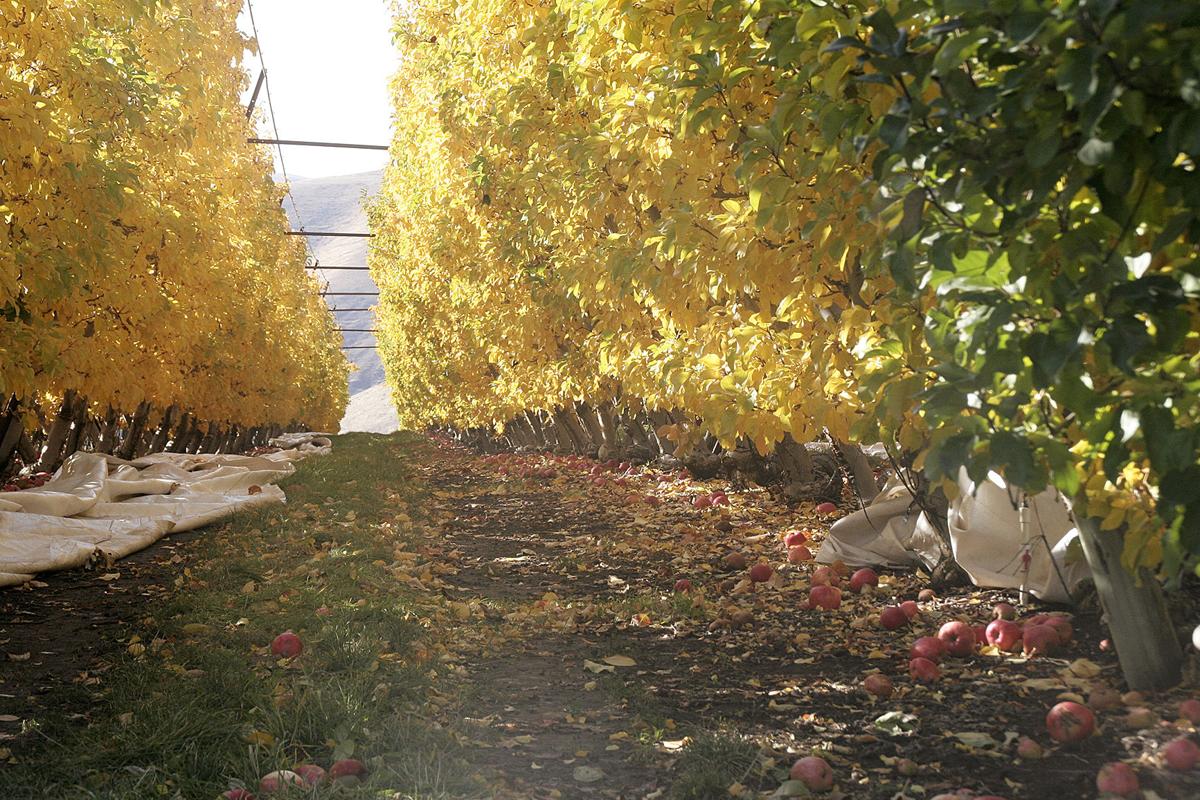 Golden leaves and cull apples on an orchard floor tell the end of another harvest season near Ellensburg, Wash., Oct. 23. About 50,000 workers pick the state's apple crop each fall. Finding enough workers is a challenge. 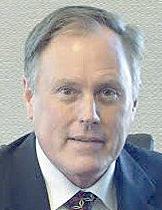 Michael Marsh, president and CEO of the National Council of Agricultural Employers. 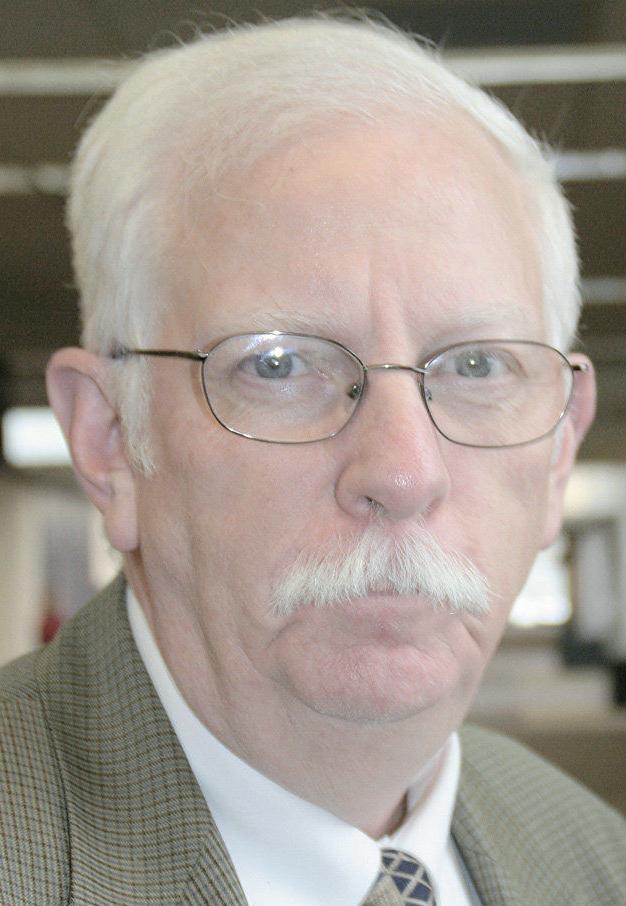 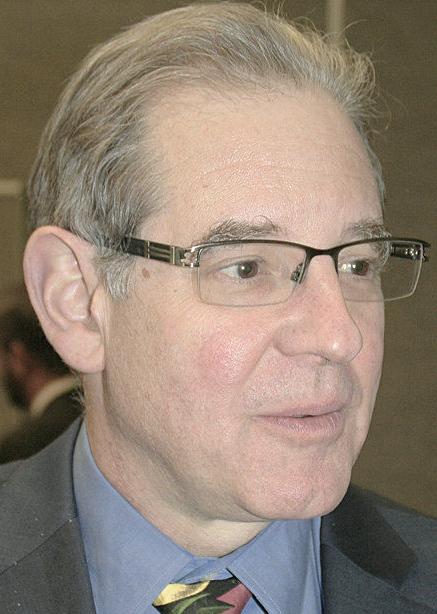 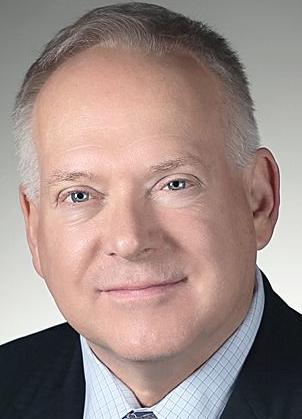 Golden leaves and cull apples on an orchard floor tell the end of another harvest season near Ellensburg, Wash., Oct. 23. About 50,000 workers pick the state's apple crop each fall. Finding enough workers is a challenge.

U.S. producers filled a record number of agricultural positions with foreign guestworkers in 2019, with 257,667 jobs certified.

But while the use of guestworkers has grown by more than 18% in each of the past five years, that growth slowed to just 6.1 % this year.

“Farm economics have taken a hit which likely plays a huge role in the slowdown,” said Michael Marsh, president of the National Council of Agricultural Employers in Washington, D.C.

He said he expected greater growth but that factors against that probably included trade issues and retaliatory tariffs. Weather anomalies prevented some plantings so harvest required fewer workers, he said.

DOL-certified H-2A positions do not equate to the total number of workers. Sometimes one position is filled by multiple people, and in other cases one person fills several positions at different times. For example, in Washington state the farm labor association filled more than 16,000 positions this year with about 10,000 people. Sequential contracts allow people to work for one grower and then another.

Greater increases in H-2A usage in recent years have been cited as evidence of a national farm labor shortage, particularly seasonal farm labor.

But Marsh said he doesn’t think the slowdown means the labor shortage is lessening.

“Labor is still tight. My guess is the shortage will continue to get worse. Unemployment is still very low in the U.S. so consequently there aren’t enough workers to fill these jobs and the H-2A program will continue to grow,” Marsh said.

Kerry Scott, program manager for masLabor in Lovingston, Va., said perhaps bad weather, tariffs and a slowing of overall national job growth may all have contributed to the slowing of H-2A growth but that masLabor continues to provide about 20% more H-2A (agricultural) and H-2B (non-agricultural) workers annually.

“Demand will not stop until the next downturn in the economy,” he said.

He believes farm labor remains tight everywhere because of the booming national economy with only 3.5% unemployment.

“Older farmworkers are aging out of the workforce, border security continues to tighten so fewer undocumented workers are available, but the major thing is that with near full employment the last jobs to be filled are seasonal ones in hot, dirty, outdoor work,” Scott said.

Many factors play into the slowing but mainly an “explosion in the cost to constructing housing” for workers and “the fact that labor-intensive agriculture cannot afford the government-imposed wage rates,” said Dan Fazio, executive director of Wafla, a farm labor association in Olympia.

Mike Gempler, executive director of Washington Growers League in Yakima, said the growth rate is slowing because need is being met.

The League worked with masLabor to fill 4,785 H-2A positions in Washington 2019, Scott said.

There also are at least three large tree fruit companies that do their own H-2A recruitment, Zirkle Fruit Co., Selah, being the largest last year at 4,169 positions and this year at 3,400.

The labor shortage in the labor-intensive Washington tree fruit industry was generally believed to be improving in 2017 and 2018 because of more H-2A workers, a smaller apple crop in 2018, better pay and, in 2018, more migrants from California because of a light cherry crop there.

This year, it’s the same general improvement because of the number of H-2A workers, but even as the domestic workforce continues to deteriorate because of low unemployment, Gempler said.

Spot shortages continue with growers relying on domestic workers sometimes having trouble finding workers who will stay as long as needed, he said.

“There are other options for them to work. There just isn’t adequate numbers of people interested in seasonal farmwork,” he said.

Labor is usually tighter in the northern half of Central Washington because there are fewer people and its farther for migrant workers to travel, Gempler said.

Asparagus and other vegetable growers have a hard time finding labor and are hard pressed to make a profit if they hire H-2A workers because of the high AEWR minimum wage, Gempler said.

Dave Taber, an Oroville grower virtually on the U.S.-Canadian border, said he had enough workers but only by using H-2A.

“We wouldn’t be able to farm here without them,” he said. “The shortage isn’t as acute as in the past but increases in the AEWR are not sustainable.”

Jeff LaPorte, director of field services at Chelan Fruit Cooperative in Chelan, said labor was tight but generally good during cherry harvest while at the same time there were some shortages in apple thinning.

Labor was tighter during apple harvest with some areas struggling more than others and even some big companies in the southern half of the state with H-2A workers posting picker wanted signs.

Mark Stennes, the co-op’s general manager, said the packing side is fully staffed, averaging 725 employees and had enough labor during cherry packing by hiring an additional 630.

“Labor wasn’t too bad. We had enough workers, but the pear crop was light, maybe 40% less,” said Pablo Avila, orchard manager at Independent Warehouse, in the small town of Dryden in Wenatchee Valley. Had the crop been larger, he wouldn’t have had enough pickers, he said.

For the second year in a row, he was able to pay $25 per bin and no bonus compared with $27 per bin plus a $2 bonus per bin to stay the entire season in 2017 because of fewer pickers.

Harvest labor seemed pretty good in the whole valley and Independent has enough warehouse packers without hiring H-2B, he said.

In Wiley City, southwest of Yakima, Sean Gilbert, co-owner of Gilbert Orchards, said he couldn’t say labor was any better or worse.

“It’s kind of hanging in there. The bigger issue is just the AEWR. The higher wage rates we’re having to pay is the bigger issue right now,” Gilbert said.

Rob Valicoff, president of Valicoff Fruit Co., in Wapato, said he had plenty of workers with 200 H-2A and 15 domestics. He was figuring to give them a weekend off in mid-October, which is unusual, because harvest was going so well.

Most large companies expanding their use of H-2A were doing well but some small growers advertised for pickers, he said.

“Without H-2A the industry would be really short,” Valicoff said.

Kevin Corliss, vice president of viticulture at Chateau Ste. Michelle Wine Estates, said labor is generally tight but he had not heard of any extraordinary situation in wine grapes, most of which are machine harvested.

Labor is extremely tight in Oregon, Fazio said, where he’s unaware of any domestic worker referral by the state to workers using H-2A.

There has been some H-2A growth, as a percentage, mostly in the nursery industry, he said.

Tom Peerbolt, senior consultant for Peerbolt Crop Management in Portland, said the boom in hemp drew workers away from late-season blueberry picking. Blueberries and grapes are big, labor-intensive crops in the Willamette Valley.

Labor has been short in Idaho for a number of years without much relief, said Joel Anderson, executive director of Snake River Farmers Association, in Heyburn, and an immigration attorney.

The association provided workers in 2019 to fill 4,300 H-2A positions mostly in the mountain West and some in the Midwest and South, up a little from the more than 4,000 last year.

The association had as many inquiries this year as in past years but several farmers could not afford H-2A because of the high AEWR and without enough workers quit farming, Anderson said.

“Most would tell you they are having difficulty getting people who are will to do a good quality job for a full day but that may be a function of a tight market,” Little said

A CFBF and UC Davis survey of 1,071 farmers in early 2019 showed 56% said they had been unable to hire all the workers they needed for production of their main crop at some point during the past five years. That was up 1% from a 2017 survey.

In the 2019 survey, 86% said they raised wages to try to hire enough people, 61% said they hired a farm labor contractor to recruit employees and 56% reported turning to more labor-saving technologies due to worker shortages. Also 37% said they adjusted cultivation practices, 31% were switching acreage and 6% began using H-2A workers.

Ryan Jacobsen, president of Fresno County Farm Bureau, said labor continued to be tight in 2019. The second wettest May on record in the San Joaquin Valley condensed the harvest window and caused a shortage at the season peak.

“California continues to have a quickly escalating minimum wage headed towards $15 per an hour plus COLA” and is eliminating the agricultural overtime exclusion that had been in place for decades, Jacobsen said.

“In addition to these rising costs, piece rate has become so convoluted and difficult to calculate due to regulatory changes that many farmers struggle utilizing that method of compensation reward any more,” he said.