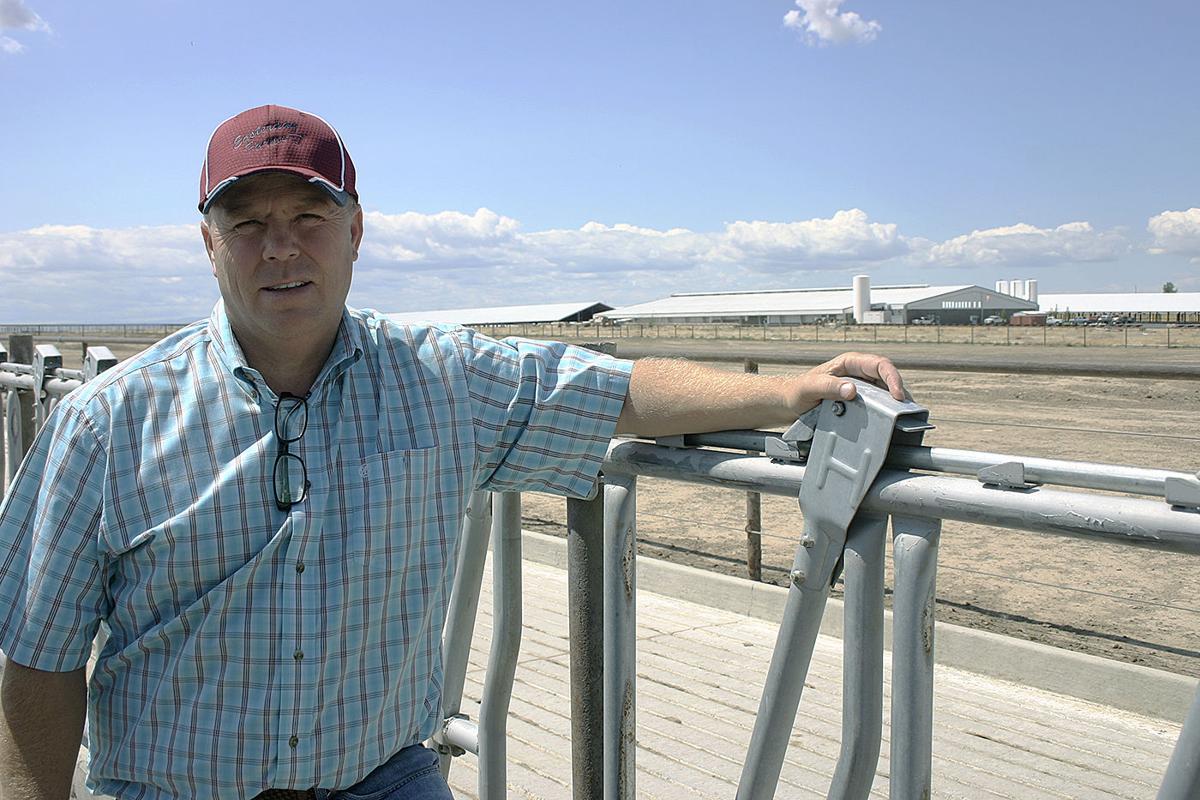 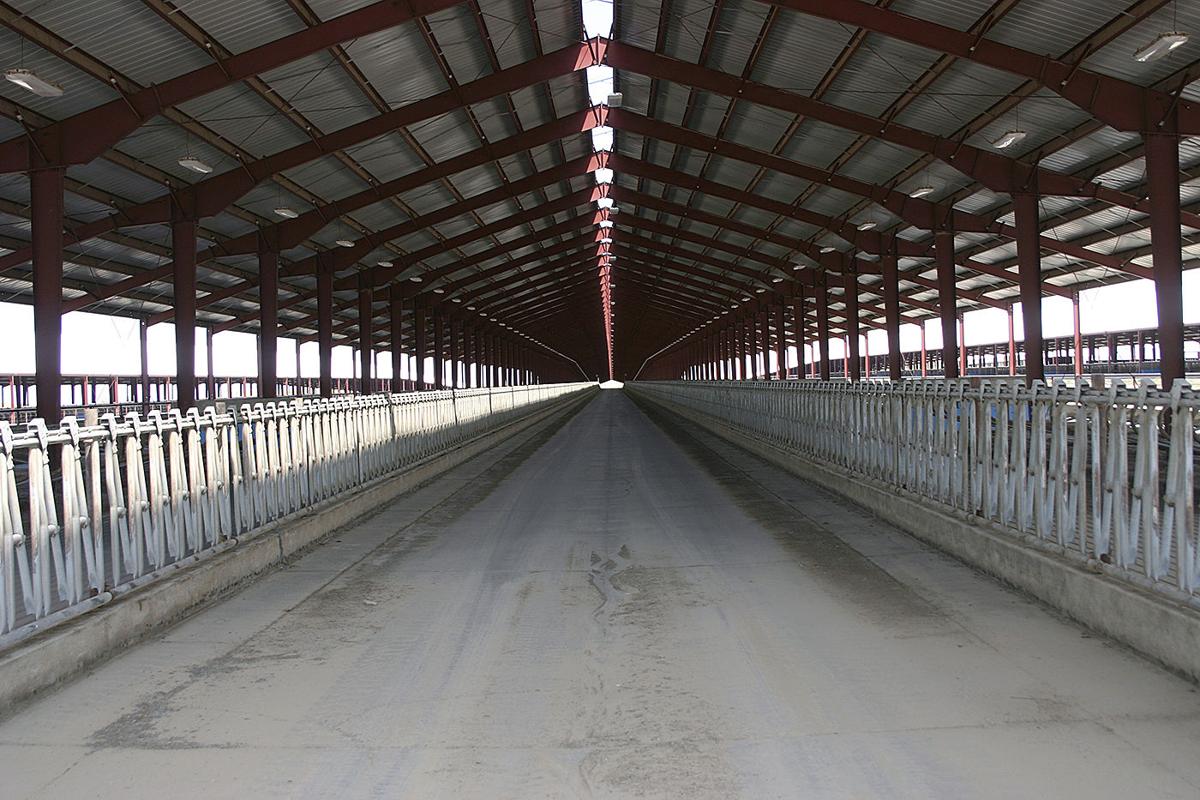 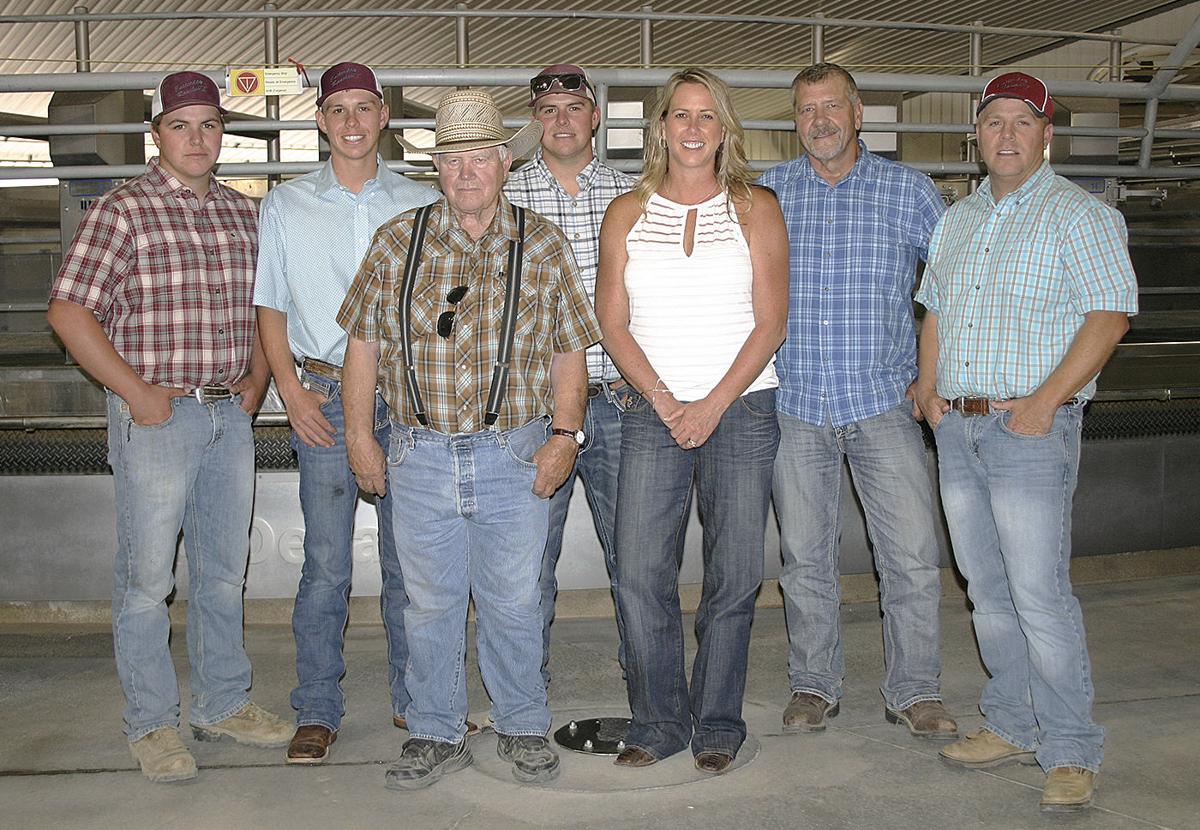 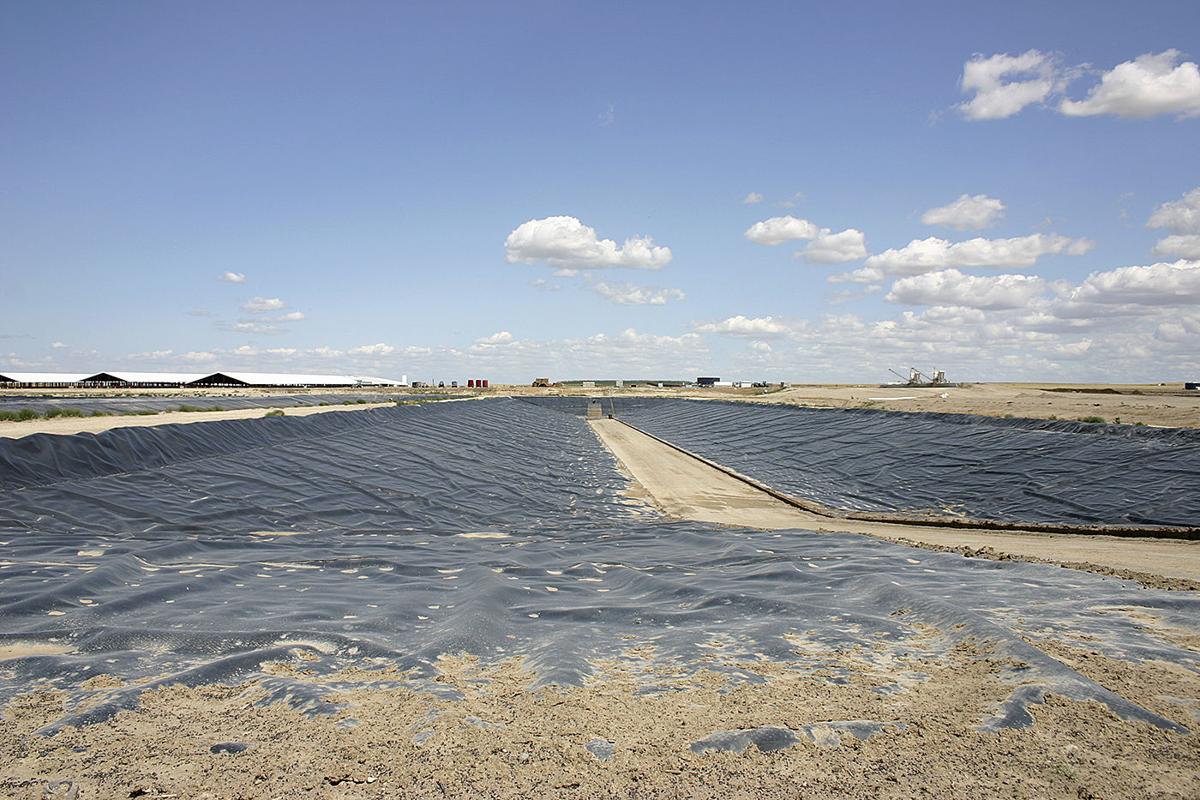 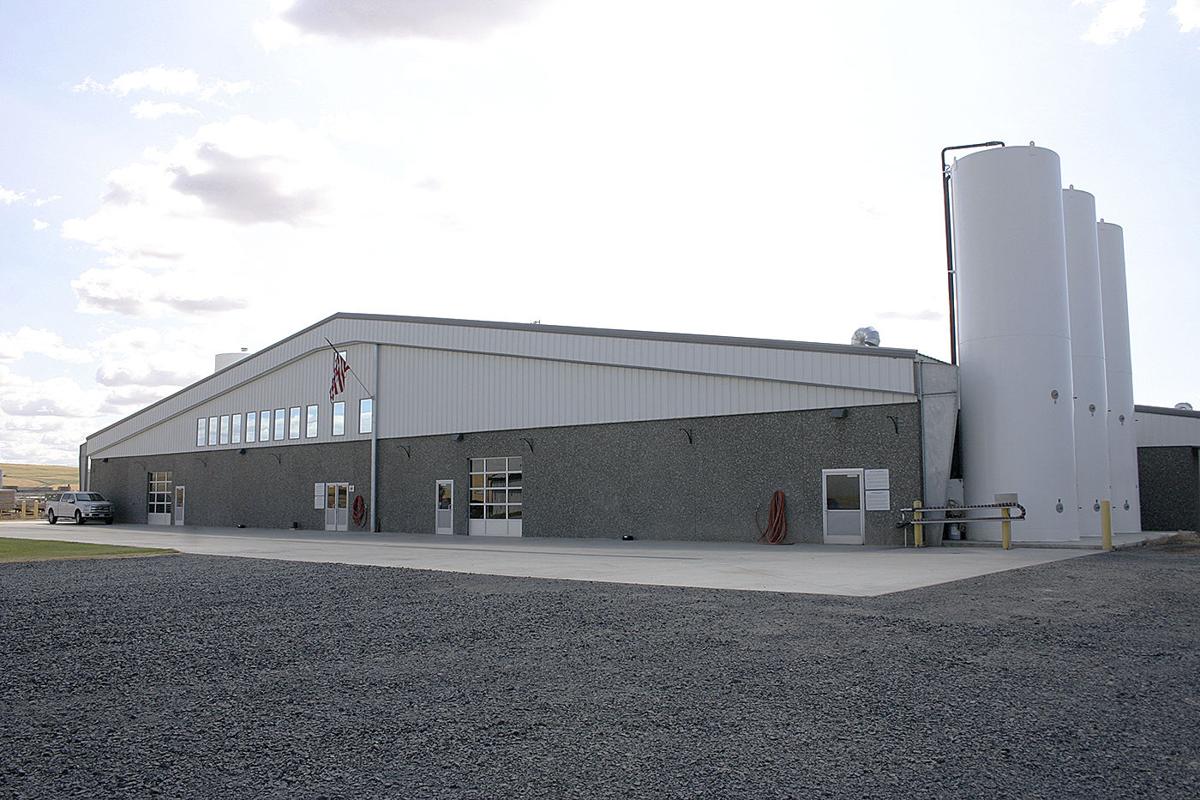 BOARDMAN, Ore. — It’s been five months since Lost Valley Farm closed and sold off its remaining herd of dairy cattle. The facilities have now been scrubbed clean, and the massive free-stall barns await their new tenants.

Lost Valley’s owner had big ambitions when he opened the dairy in spring 2017 near Boardman, Ore. It was supposed to have 30,000 animals at full capacity, making it the second-largest in the state. Instead, it became a high-profile disaster as regulators cited more than 200 wastewater violations and its owner declared bankruptcy within a year.

Cody Easterday is aware of the controversy. At the same time, he believes the dairy will be successful with the right management and the right approach.

Easterday Farms purchased the property, including the buildings and infrastructure, for $66.7 million in February. The cattle had been sold at auction separately. A new corporation, Easterday Farms Dairy LLC, was registered with the state on March 20.

On July 1, Easterday Farms Dairy submitted an application to the Oregon Department of Agriculture for a new Confined Animal Feeding Operation permit, otherwise known by the acronym CAFO. The permit would allow Easterday Farms to reopen the dairy.

Based in Pasco, Wash., Easterday Farms is a fourth-generation, family-owned business with 70,000 head of beef cattle and 25,000 acres of potatoes, onions, grain and forage in the Columbia Basin.

As president of Easterday Farms, Cody Easterday said the company plans to invest $15 million in the dairy, including completion of a wastewater treatment system that was never finished under the previous owner and bringing the farm into full environmental compliance.

“It’s a state-of-the-art dairy. It just needs to be finished, and it needs to have the correct management,” Easterday said. “It will be a solid, environmentally sound dairy.”

While Easterday Farms has decades of experience running ranches, farms and feedlots in Washington, this will be the family’s first foray into the dairy industry.

Some 10,000 cattle will also be kept in open confinement for beef production.

“We’ve operated CAFOs in Washington,” Easterday said. “We understand it. We’re good, clean operators and we know what we need to do.”

In Oregon, CAFOs are jointly regulated by the state Department of Agriculture and Department of Environmental Quality. Permits must include an Animal Waste Management Plan that describes how the farm will handle large amounts of manure without contaminating groundwater or surface water.

The dairy plans to recycle all that nitrogen-rich manure by using it as fertilizer on the surrounding farmland, growing irrigated crops such as potatoes, onions and wheat, as well as forage for cattle. Easterday said the manure will be applied at agronomic rates on 5,390 acres of cropland.

By operating in a closed-loop system, Easterday said the farm will reduce its purchases of commercial fertilizer by about 3 million pounds per year.

“We think that it’s going to work really well,” he said.

Wym Matthews, CAFO program manager at the Oregon Department of Agriculture, said there is no timeline for reviewing Easterday Farms’ permit application.

Once the agencies have written a draft permit, Matthews said it will be made available for public review and a hearing. He suspects there will be a lot of interest in the Easterday Farms proposal, based on the fallout from Lost Valley.

“The site is exactly the same,” Matthews said. “The concerns, at least in our minds, are no different.”

The site is within the Lower Umatilla Basin Groundwater Management Area, designated by DEQ in 1990 for having elevated levels of groundwater nitrates that exceeded the federal safe drinking water standard. A coalition of environmental, animal rights and small farm advocacy groups opposed Lost Valley from the beginning, raising alarms over potential harmful impacts on air and water quality.

As the facility racked up violation after violation, the groups called for a moratorium on so-called mega-dairies until regulators could strengthen protections. So far, that has not happened.

In a written statement, the 13-member coalition urged Gov. Kate Brown “not to repeat the same mistakes and hope for a different outcome.”

“If Governor Brown’s Department of Agriculture has really learned the lesson of the Lost Valley disaster, it will not entertain another ‘too big to fail’ mega-dairy permit for nearly 30,000 cows on the same site,” the groups wrote. “Allowing a new mega-dairy in an area with existing groundwater pollution, water scarcity and air quality issues will only exacerbate these public health, economic and environmental harms.”

Cleanup is still underway at the dairy, and Easterday said it’s gone smoothly. The milking parlor and barns were scrubbed down, and wastewater lagoons are gradually being emptied.

It’s a far cry from photos of Lost Valley that showed cows standing ankle-deep in manure, and reports of overflowing lagoons and illegal wastewater discharge.

Lost Valley owner Greg te Velde declared bankruptcy and lost control of the dairy — as well as two other dairies he owned in California — in September 2018 for reasons that ranged from cash flow problems to alleged gambling and drug abuse. A federal trustee, Randy Sugarman, was appointed to manage Lost Valley, overseeing the sale and cleanup.

Easterday Farms was the lone bidder at auction. Cody Easterday said it is “the right place and the right facility” for a dairy.

“I think all the pieces are here,” Easterday said as he toured the dairy last week with a reporter. “The initial design of the dairy is very solid.”

Waste from the cows is separated into solids and liquids. Liquid manure is held in open-air lagoons, which have the capacity to store 10.4 million cubic feet of liquid for up to 134 days during an average year. From there, it is pumped to irrigation pivots and applied on crops.

But Easterday said the system was never finished, meaning it could not reach enough land to accommodate the volume of manure the herd produced.

“Part of the issue with compliance is the waste system was not completed, and not adequate to some extent,” Easterday said.

Easterday said the farm will not bring any cattle onto the dairy until all the infrastructure is completed. Similarly, solid manure will be kept on an impervious soil pad and used as fertilizer or composted for animal bedding.

Matthews, the CAFO program manager, said conditions of the dairy’s permit would likely follow the same general guidelines as Lost Valley, which at the time was held up as having the most extensive monitoring of any facility in the state.

“Once the facility is built and functional, our plan for a dairy this size would be to be out there (for inspections) three or four times a year,” Matthews said. Ordinarily, CAFOs are subject to an inspection every 10 months.

At full capacity, Easterday said the farm and dairy combined will have about 100 employees, including new hires from local communities.

“We’re going to be the pride of Morrow County when we’re done here,” Easterday said.

Don Russell, a Morrow County commissioner, said he met with Easterday earlier this year and is confident the dairy can be run responsibly. He pointed to the success of Threemile Canyon Farms, located west of Boardman, as proof.

With 65,000 cattle, Threemile Canyon Farms is Oregon’s largest dairy. It opened in 2002 and supplies milk to Tillamook Cheese, which runs a plant at the nearby Port of Morrow.

Russell said the businesses offer good-paying jobs, and because of their large scale they can offer benefits that smaller dairies can’t — such as more regular work hours, and investing in technology such as methane digesters that reduce air emissions and create renewable energy.

Problems with Lost Valley, Russell said, boiled down to management. In the end, he said the state’s regulators did what they were meant to do.

“We know it can be done right,” Russell said. “I think, locally, people understand that we had a guy who had an addiction problem, and didn’t do things right.”

Easterday said the dairy could consider a methane digester in the future, but that is not in the immediate plans. The goal, he said, is to open Easterday Farms Dairy by fall of 2020.

As envisioned, the dairy would produce 550,000 pounds of milk a day. He said they are still looking for buyers, but are confident in the dairy market.

Easterday said the farm is prepared for the scrutiny that will inevitably come with operating the dairy, and is looking forward to the opportunity.

“We knew the environment we were going to be in,” he said. “We’re prepared. We think we have a great story.”

WSU dryland research station precipitation above average for — so far

Editorial: We should be thankful for the miracle of food production

The show goes on at the OK Theatre

Lessons from disaster: What the Bootleg Fire reveals about forest management

USDA promised to invest in regional markets. Now, it's happening—but how?