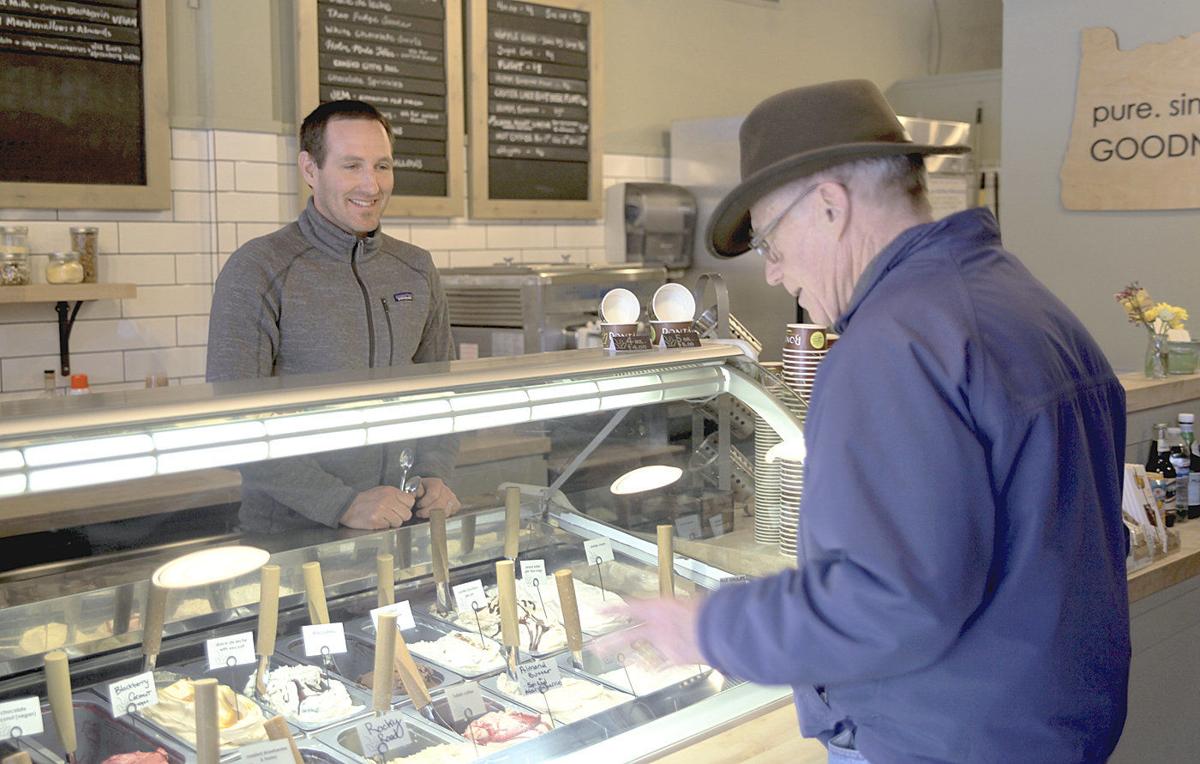 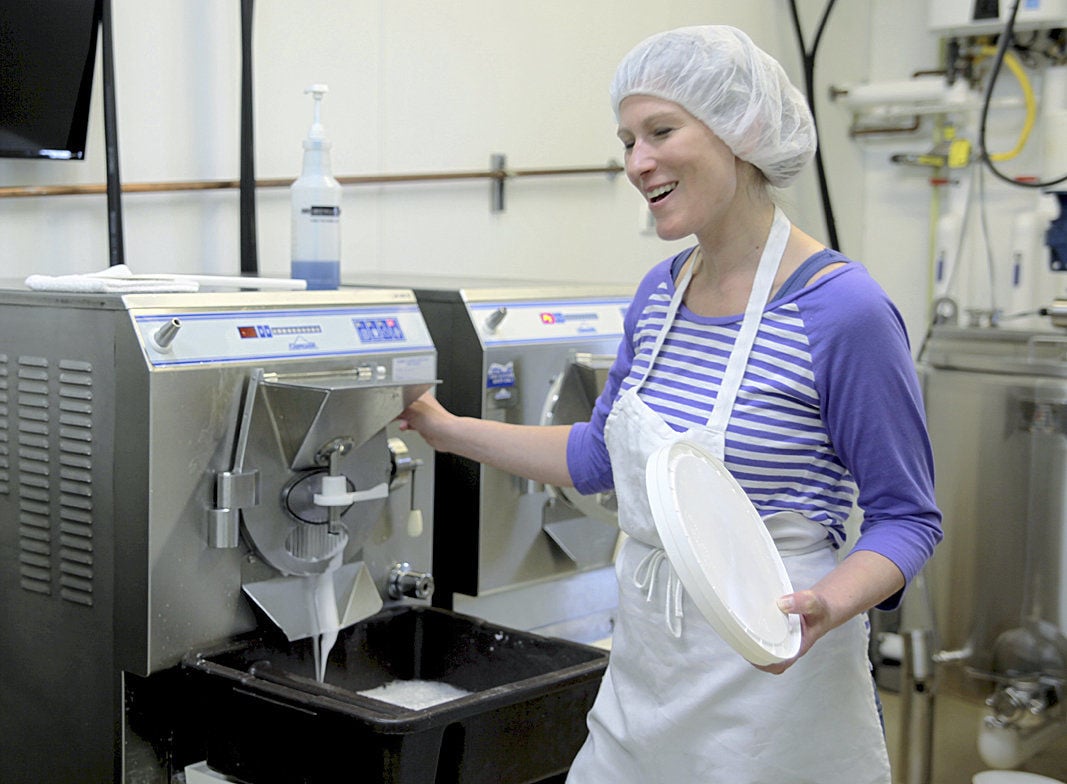 Juli Labhart cleans a machine used to churn gelato at the Bontà Natural Artisan Gelato creamery in east Bend, Ore. Labhart only uses natural sweeteners in the gelato, and strives to use local ingredients as often as possible. ...

Juli Labhart cleans a machine used to churn gelato at the Bontà Natural Artisan Gelato creamery in east Bend, Ore. Labhart only uses natural sweeteners in the gelato, and strives to use local ingredients as often as possible. ...

The two were living in Bend, Ore., when they decided to take a break from their day jobs and backpack around the world for a year. While exploring new countries and cultures, the two were always on the lookout for new places to fill their appetite for sweets — especially for gelato.

Juli Labhart, who is allergic to gluten and corn, found it easier to satisfy her cravings abroad, where the frozen treat was more likely to be made without such ingredients.

“At the time, there were only a couple main ice cream companies that I could eat (in the United States),” said Labhart. “I was like, why are we behind on this?”

When the husband-and-wife team returned to the U.S. a year later, they enrolled in classes taught by gelato-making masters in hopes of being able to craft the dessert from local ingredients back in Bend.

Nearly a decade has passed since then, and business is booming at Bontà Natural Artisan Gelato. What started as a gig selling pints at the local farmers’ market has turned into a 20-employee company equipped with its own creamery. The Labharts run a scoop shop in downtown Bend, and offer their pints for sale in stores ranging from Albertsons to Whole Foods.

“We were new to the food industry, so we had to do a lot of research,” said Jeff Labhardt. “It took a while to figure all of it out.”

Today, the company uses 240 gallons of milk a week to produce up to 3 gallons of gelato every 10 minutes at the creamery in east Bend, where Juli Labhart experiments with new recipes and monitors each batch. Whether she’s mixing dulce de leche and sea salt or Oregon hazelnut, she follows a strict recipe for each batch.

“I love food, and I love numbers,” said Labhart, who studied math in college. “I have a really dorky spreadsheet where I calculate the fat and sugar.”

Unlike ice cream, gelato is about 6 percent fat and made mostly from milk, explained Labhart. In general, ice cream is made with more cream and churned differently so there’s more air, which can mute flavors in comparison to gelato, she explained.

“When you taste something without fat, the flavors are more rich,” Labhart said.

The Labharts use all-natural sweeteners, which means Juli Labhart can eat the gelato she makes — even with her food allergies. The couple seeks out local ingredients — such as hazelnuts and strawberries — whenever possible, and often crafts new flavors depending on what’s in season.

Eberhard’s Dairy Products, which is based in Redmond, supplies all of the company’s milk.

For the Labharts, using local ingredients just made sense. Jeff Labhart grew up in Tillamook surrounded by local dairies, while his wife grew up working in the berry fields of Lynden, Wash. Being able to create and sell a product that supports local farmers was a dream come true for the couple.

“We kind of have an appreciation for that lifestyle and the people who do it,” said Juli Labhart.

Washington to write rule on working in smoky air