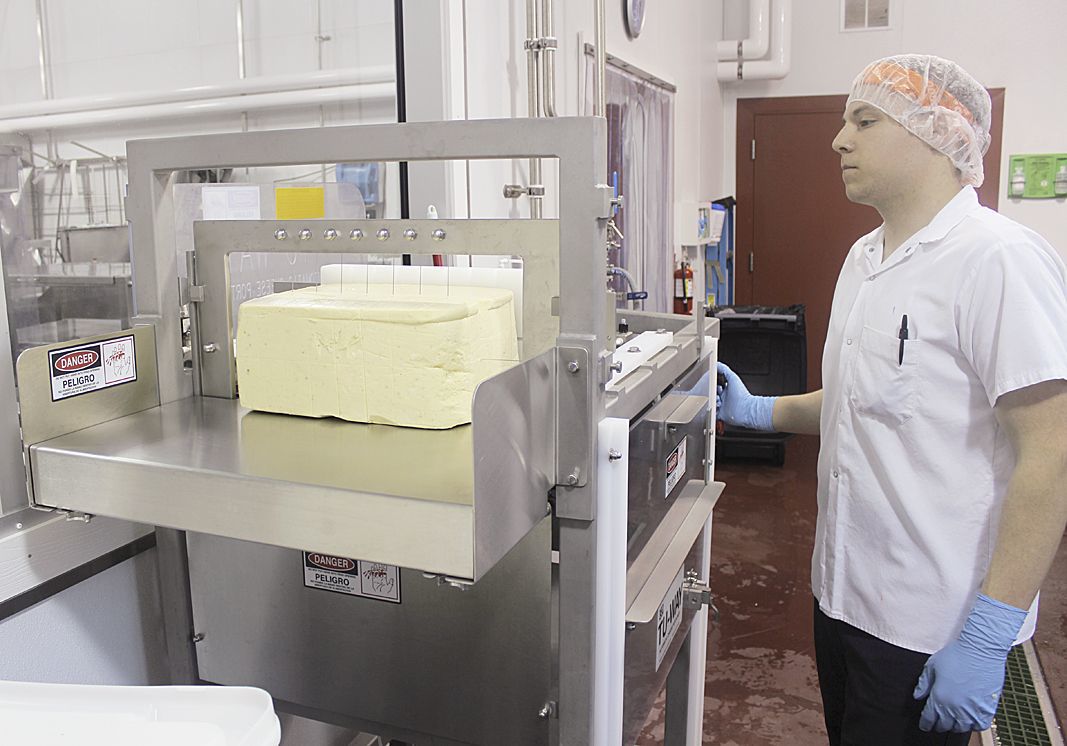 Craig Reed/For the Capital Press Bryzen Webley cuts cheese at the Face Rock Creamery in Bandon, Ore. The business produced 225,000 pounds of cheese in its first year of operation. 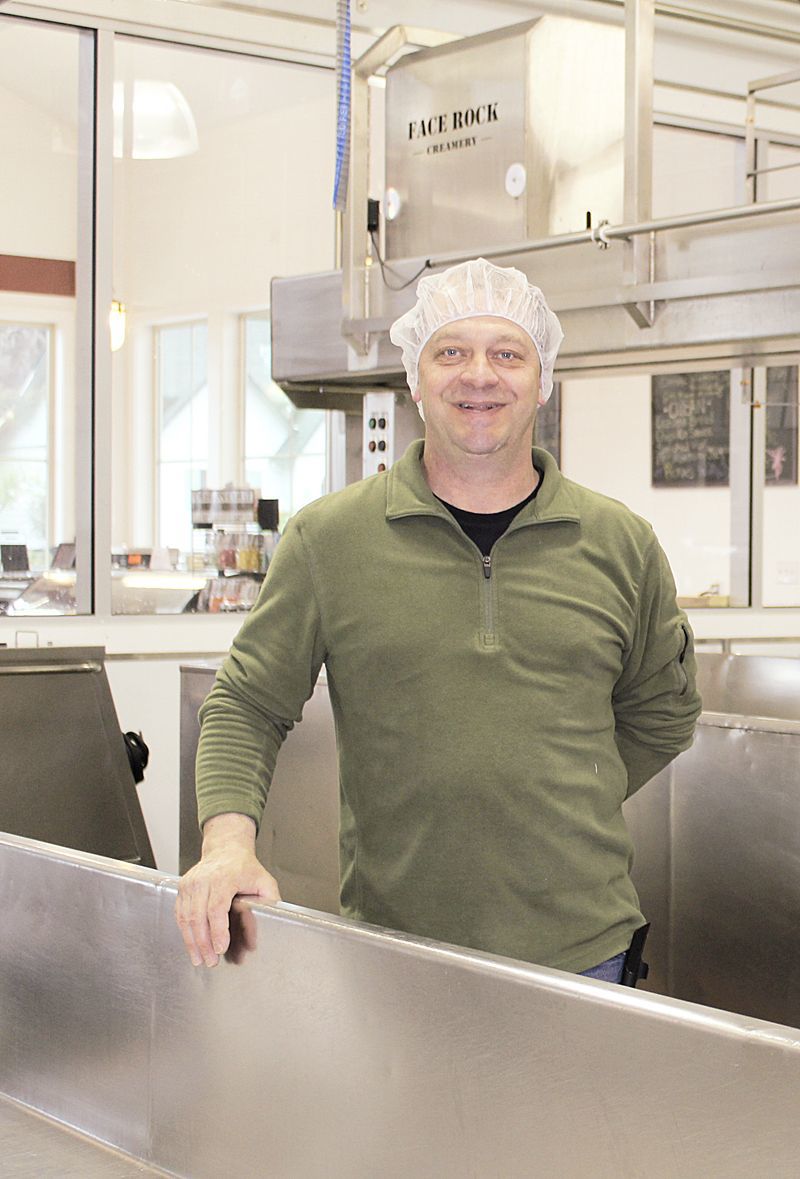 CRAIG REED/For the Capital Press Brad Sinko is the head cheesemaker at Face Rock Creamery, a cheese making facility that opened in Bandon, Ore., a year ago. Sinko says the first year was a success with 225,000 pounds of cheese made.

Craig Reed/For the Capital Press Bryzen Webley cuts cheese at the Face Rock Creamery in Bandon, Ore. The business produced 225,000 pounds of cheese in its first year of operation.

CRAIG REED/For the Capital Press Brad Sinko is the head cheesemaker at Face Rock Creamery, a cheese making facility that opened in Bandon, Ore., a year ago. Sinko says the first year was a success with 225,000 pounds of cheese made.

BANDON, Ore. — Cheese making has made a successful return to this coastal community after a 10-year absence.

But the name is Face Rock Creamery, not the Bandon Cheese Factory. The latter business, a well-known landmark alongside Highway 101 in the middle of this town for over 70 years, was shuttered in 2003, a couple years after being purchased by the Tillamook County Creamery Association.

The old cheese facility was demolished, leaving a gravel lot. It was a sad time for Bandon because cheese making had been a tradition in the community since the 1880s.

In 2011, the city of Bandon was able to purchase the property. A public-private partnership resulted in the Face Rock Creamery being constructed on the site.

The business celebrated a successful first year of business with an anniversary weekend party May 10-11.

“I don’t think it is overstating it to say we’re ecstatic to be here,” said Brad Sinko, the head cheese maker for Face Rock. “It had been a gravel pit here for years, an eyesore. We now have a beautiful building here, we’re making cheese again and we’re proud of it again.”

The creamery owners are Greg Drobot, company president, and Daniel Graham, the vice president. The business has 25 full- and part-time employees.

Sinko said Face Rock produced 225,000 pounds of cheese in its first year and the goal is to double that total in the second year. About six flavors of cheese are sold commercially in about 350 stores on the West Coast and as far eastward as Wyoming. An additional six flavors are offered for sale in the Face Rock retail store.

The creamery makes cheese every other day, including the weekend days, and uses 28,000 pounds of milk each day. The Milky Way Farm of Coquille provides most of that milk and the Wheeler Farm of Arago provides the rest.

“A start-up always has its bumps, but I think we’re doing quite well,” said Sinko.

Sinko is no stranger to Bandon or to its cheese tradition. His father, Joe Sinko, was a co-owner of Bandon Cheese and his son grew up in the business and has a lifetime of experience making cheese. The son worked for his father at Bandon Cheese until it closed and then was the head cheese maker for Beecher’s Handmade Cheese in Seattle for 10 years before being lured back to Bandon.

“I had a premier cheese making job in the country so I thought long and hard about it, but I love Bandon and I thought it was a damn shame the old Bandon factory went away. I had family here and I was excited to help build up Face Rock and to make the best cheddar in the nation here.”

He explained that cheddar will soon be on the shelf because aged cheddar must sit in cold storage for 12 months and extra aged cheddar for 18 months.

Drobot and Graham were the developers who worked with Bandon to bring cheese production back to the community. The partnership was recognized for its cooperative efforts in 2013 when it was presented the League of Oregon Cities Award for Excellence by the State of Oregon.

“Everybody in town wanted the cheese factory back,” Graham said. “We appreciate all the support we’ve received from everybody.”

The new Face Rock building offers display cases of cheese products with samples. There’s also some other food and beverage products, mainly from the local area, that are displayed and for sale.

Wide and tall windows across the back of the retail area allow visitors to watch the cheese making process in the production area.

“We’re definitely a different place than the old Bandon plant,” Graham said. “But our goal is to make the finest upper end cheddar in the world.”