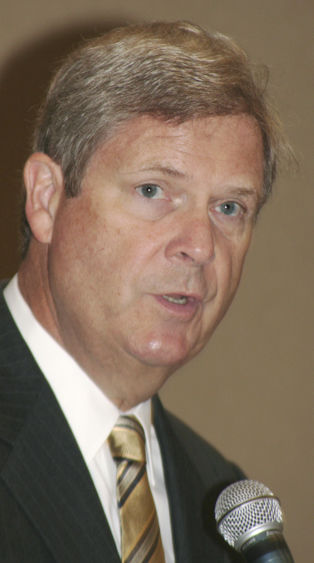 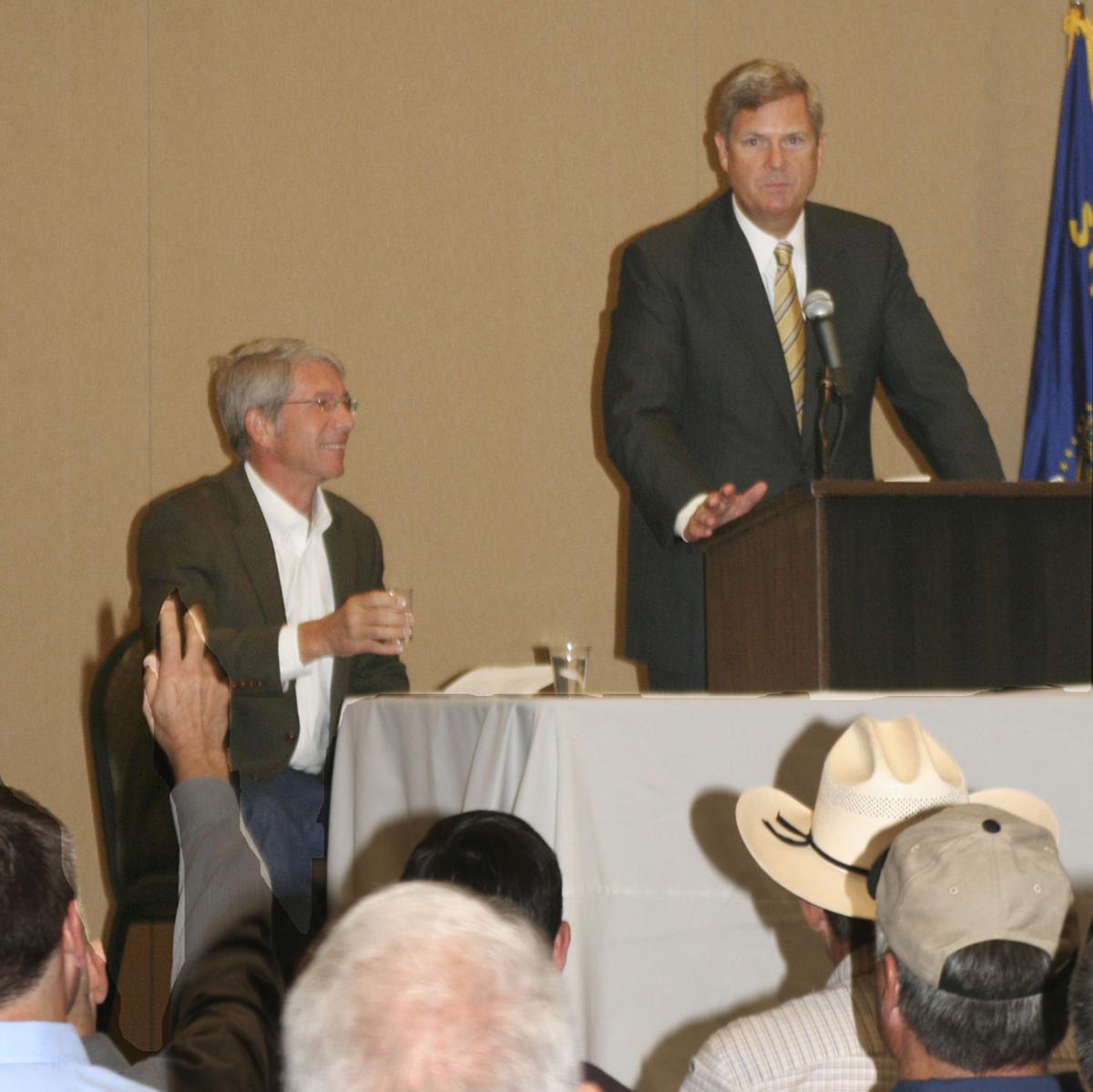 KEIZER, Ore. -- U.S. Secretary of Agriculture Tom Vilsack called for Congress to pass a bill revising the foreign guestworker program "sooner rather than later," and to make a "firm and complete commitment" to rural economic growth during a stop Aug. 20 in Keizer.

In a question-and-answer session that covered a wide range of topics, Vilsack said without immigration reform that provides farmers with a legal workforce, Americans will either have to pay more for food or import their food.

"Most of what we eat -- maybe 50 to 75 percent -- is touched at some point in time by immigrant hands," Vilsack said. "So if those folks leave, who will do those jobs?"

"If you are not happy about importing oil from (Venezuelan President) Hugo Chavez, how do you feel about importing your avocados, your fruits and vegetables from him," Vilsack said.

Vilsack, in Oregon to promote economic growth in rural areas, said government programs encouraging the use and production of renewable energy can provide economic opportunities to rural America.

"If we can make a firm and complete commitment to our rural economy through renewable energy and fuel, we will see significant capital infusion and fairly significant job growth," he said.

"If we get to 36 billion gallons of renewable fuel produced, which is what Congress has established as the threshold by 2022, we will see $95 billion of capital infusion in the construction of biorefineries across the country, and we will see somewhere between 800,000 and 900,000 of what I like to refer to as blue collar jobs with white collar wages," he said.

He also said officials at USDA have put together a plan to try and jump start the construction of renewable energy facilities in all areas of the country in an attempt to get more Congress members behind the effort.

"In order for members of Congress from Oregon to get excited about renewable energy and fuel, they have to have some skin in the game," he said.

Vilsack also addressed the aging of American farmers and ranchers -- a statistic generated in part by rural youth leaving farms for better opportunities in urban areas.

"We have seen some very serious and difficult times in rural America," he said. "There are much higher poverty rates, much higher unemployment rates in many parts of the rural economy.

"As a point of fact," Vilsack said, "if you live in rural America, you make about $11,000 less per person than your counterparts in suburban and urban areas. If you start multiplying that over a family of two or three or four, there is a significant income gap differential between what folks in rural communities make, and what folks in urban and suburban centers make."

He said the result is that bright, young people from rural communities seek opportunities in the cities and suburbs.