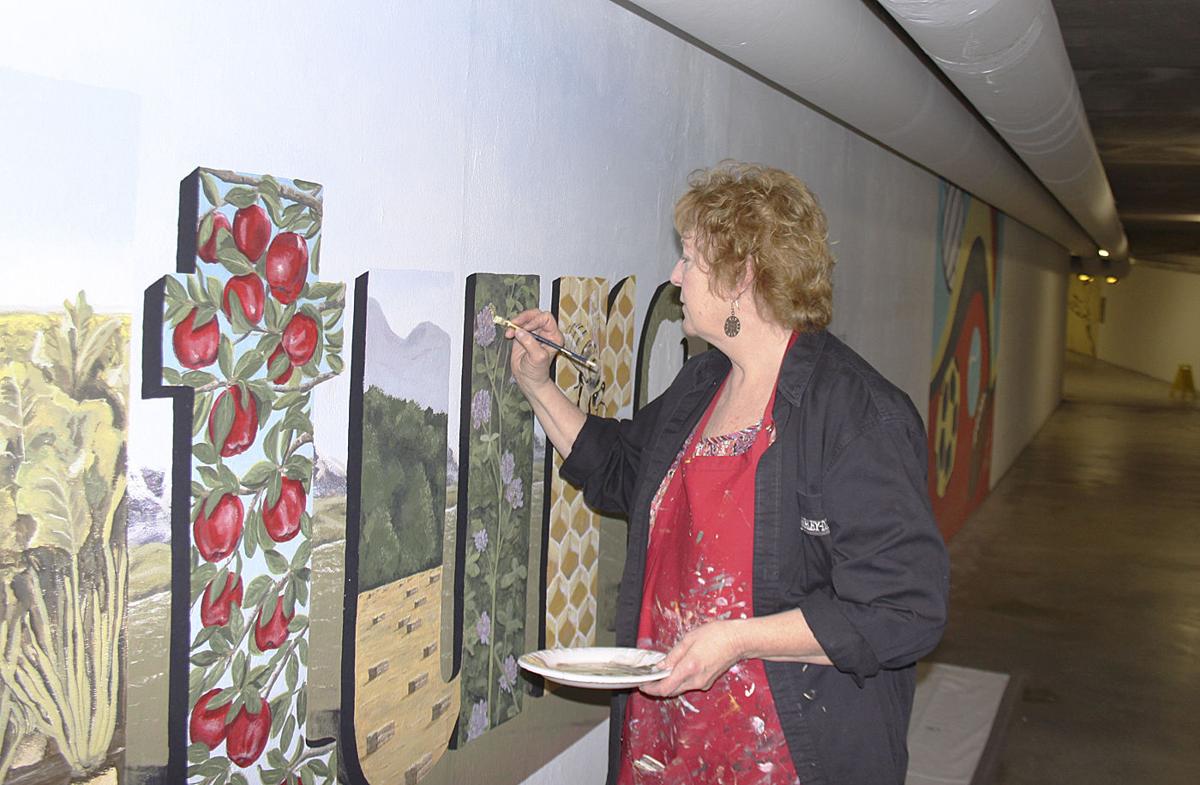 Parma High School art teacher Linda McMillan is working on an agriculture-themed mural in part of a pedestrian tunnel that connects the Idaho State Capitol with other state office buildings in Boise. 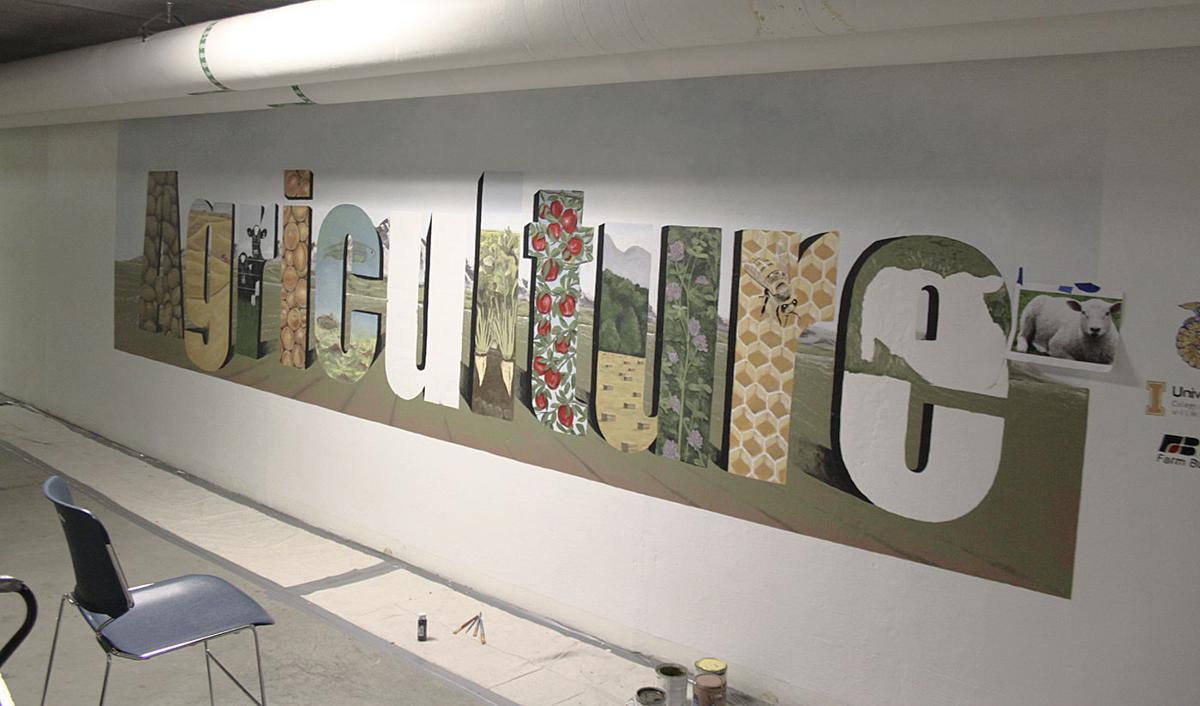 Parma High School art teacher Linda McMillan is working on an agriculture-themed mural in part of a pedestrian tunnel that connects the Idaho state capitol with other state office buildings in Boise.

Parma High School art teacher Linda McMillan is working on an agriculture-themed mural in part of a pedestrian tunnel that connects the Idaho State Capitol with other state office buildings in Boise.

Parma High School art teacher Linda McMillan is working on an agriculture-themed mural in part of a pedestrian tunnel that connects the Idaho state capitol with other state office buildings in Boise.

She expects to complete it in mid-April.

Tunnel walls feature many murals, some decades old. When people in commodity groups and organizations serving agriculture thought about featuring the industry, McMillin’s murals on several prominent ag buildings in the state’s southwest came to mind.

“I am honored,” she said. “I tried to show the great diversity of commodities in Idaho.”

Rick Waitley, who directs Food Producers of Idaho and is project coordinator of co-sponsor Idaho Agriculture in the Classroom, discussed it in a January letter to Senate President Pro Tempore Brent Hill, R-Rexburg, and House Speaker Scott Bedke, R-Oakley.

Waitley said McMillin’s work is in keeping with interest legislative leaders and the Department of Administration expressed over the past year in “seeing more of Idaho” highlighted on each tunnel wall. Plans for an agriculture mural started unfolding in late 2018.

Paintings of plants and animals vital to the sector appear inside letters in the word “agriculture,” backgrounded by the Sawtooth Mountains of the state’s central region.

Planned soil and greenery imagery will lead the viewer into the artwork from the left. McMillin said a point in the center-right of the letter U’s left leg marks the approximately 35-foot-long mural’s visual center, as reflected in a one-point-perspective technique used to provide dimension.

Sponsor logos appear on the right.

“My hope is the word ‘agriculture’ will appear to be planted in the field,” she said.

As McMillin wrapped up a spring-break push last week to build upon the work she did on weekends since the start of the year, she was laying out the letter E’s interior to feature sheep, a nod to new Gov. Brad Little’s family tradition.

“The challenge is the building up of layers,” she said. “It starts with a base color. It takes six layers to bring into focus the details.”

Angus and Hereford beef cattle will appear inside the first U after McMillan receives pictures from one of the industry’s major players, based in the Caldwell area.

Dairy cattle are shown in the first R, staring straight at the viewer. In a light detail, one of the two cows has grass in her mouth. “I thought that would be fun,” the artist said.

The state’s famous potatoes will fill A. Immediately left, a sizable space will feature seed potatoes and plant material painted to leave the impression they are growing into the tuber-filled letter, itself contiguous to a soil cutout underneath.

She and her daughter graduated from college in the state’s north-central region, so Palouse-area wheat was selected for G. “I chose it for color,” and it’s a nice contrast with the potatoes in A, she said.

McMillin, who grew up on a farm in Illinois, chose onions for the letter I.

The vegetables’ mass turned out well, but a couple of schoolchildren passing by thought they looked a bit like pumpkins on the surface. After calling in owners of one of the big onion sheds in Parma to take a look, she plans to change the onions’ vein lines.

The second U shows alfalfa and the leaf-cutter bees farmers bring in to pollinate it. She enjoyed learning more about pollinators. “I am a teacher, so it was a good lesson for me,” she said.

McMillin chose a honey bee for the second R “because they are vitally important and I am concerned about them,” she said. The bee is at work in a honeycomb.

Like the potatoes of A, the sugar beets in L show the plant material above ground and the root system below. “The top foliage was extremely complicated,” she said.

The state’s south-central region produces substantial quantities of commercial rainbow trout. Both fish in C will be in sharp focus at the conclusion of this work, a layered process during which the artist builds upon an initial blocking of color.

Apples show up well in T.

“I wanted red somewhere in there, because everything is pretty tame with the color palate,” McMillin said. “I wanted a pop of color. And who doesn’t love apples?”

“People have been so complimentary,” McMillin said. “I about floated out of here the first day. I felt so encouraged about what I love to do.”